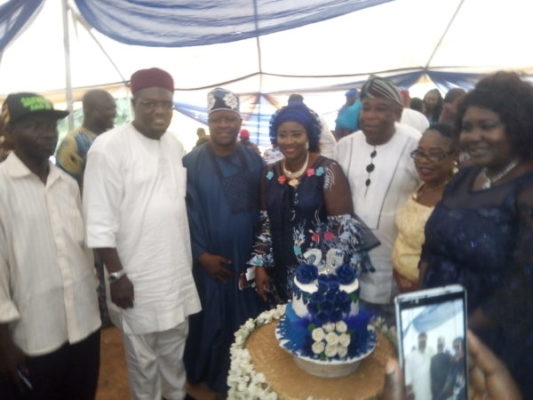 The Lagos State Commissioner for Home Affairs, Hon. AbdulHakeem AbdulLateef, has described his counterpart in the Ministry of Information and Strategy, Hon. Kehinde Bamigbetan, as a leader per excellence, saying he (Bamigbetan) has achieved greatly.

It was fun galore in Ejigbo on Wednesday the 26th of December, 2018 as the Lagos State Commissioner for Information and Strategy, Hon. Kehinde Bamigbetan and his wife, Mrs. Fatimah Bamigbetan celebrated 20 years of blissful marriage.

AbdulLateef, who coordinated the cutting of the 20th wedding anniversary cake, said the impacts of the Information Commissioner in Ejigbo and Lagos as a whole could not be quantified. 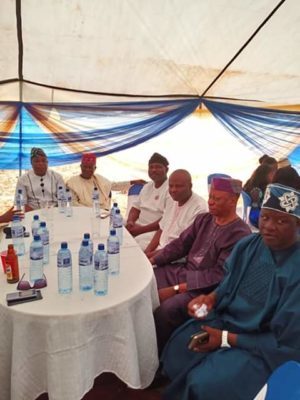 He said Bamigbetan’s role in the All Progressive Party (APC) is commendable.

Responding, Bamigbetan said the progress of Ejigbo required the cooperation of individuals and that all stakeholders must work hand in hand to make sure that the community continues to develop saying “For Ejigbo, unity is the way forward.” 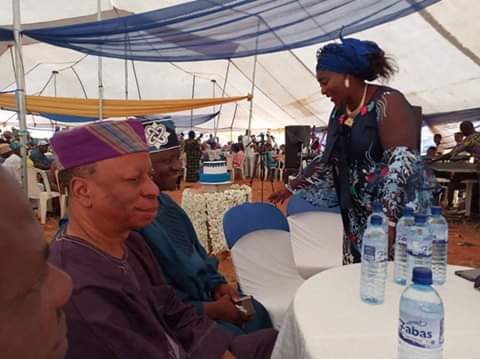 In his appreciation message, Bamigbetan said, “What can I say unto the Lord? All I have to say, is, thank you Lord! God told me to set aside my wedding anniversary as a day of Thanksgiving. On the first of December 1999, during my monthly fast of the first seven days of the month, I was commanded to open my doors to friends, relatives, neighbours and have a feast to give thanks to for blessing my family. I was living at Christ Oladunni street, Ejigbo and I was not a good mixer. The first problem was getting the people to eat whatever feast I prepared. But God is always wonderful. He created the people and many of them play great roles in my life.

The turnout at the 20th anniversary blew my mind. With Home Affairs Commissioner and former member of the House of Assembly, Hon. AbdulHakeem AbdulLateef, party chairman, Alhaji Kasumu and his entire exco, Ejigbo LCDA Monsuru Bello Obe, APC Oshodi party chairman, Olamide Kasali, Otunba Jide Oni, Chief Owan and so many others on seat, the future of development of Ejigbo is assured.

“I thank everybody – The Mandate Movement members, the party faithfuls, the artisans, council workers, etc in attendance.

“On behalf of my wife, Fatimah and the kids – Korede, Olumide and Bamikole – I thank you all.”