The structure, housing four offices including the DPO’s office, Administration office, Operations office and Visitor’s room, was built by Grooming Centre, a leading Microfinance Institution in Nigeria with headquarters in Ejigbo.

During the foundation laying of the building, the management of the company has said it would spend N7 million on the building of the new office extension. 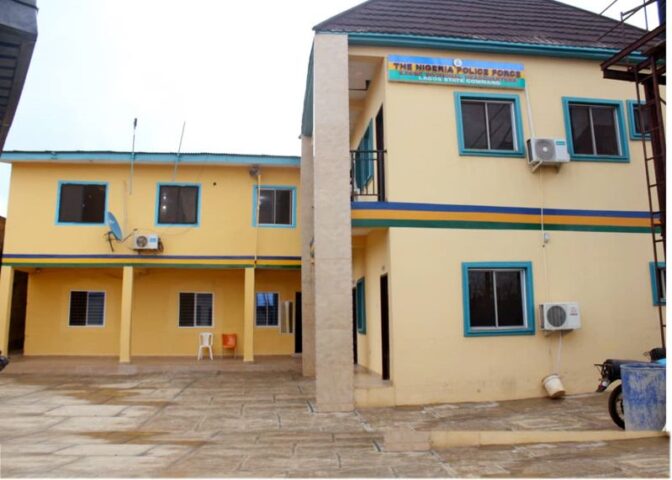 According to the company, the gesture was a means of giving back to the community which has allowed its establishment from the scratch and nurtured it to grow.

Speaking at the foundation laying and flag-off of the project, the CEO of the company, Dr. Godwin Nwabuka, had said that the financial institution was only giving back to the community with the commitment, saying the police, as a very important body which strives to maintain law and order in the community and ensure peaceful environment, deserved such support.

He said: “Having traveled around the world and seen how things were over there at the developed nations, I saw how people can develop their community, that’s the reason we seek to develop our community.

“Grooming Centre is a seed sowed some years ago starting with a small space given by HRM Oba Moruf Ojoola to start the business. Today, the seed has now grown to be what it currently is.

“Today, I want to encourage others to plant their seed and be consistent with it; it will grow. We planned to bring the world to Ejigbo as we intended to start business in Ejigbo with our programme. We started as a seed, but now we have more than N80 million loans.
“Nigeria can become great if people are ready to always pay back to the community they belong to and from which they grow. I count it a great opportunity to work with the police and I want to thank the DPO for accepting us.”

The DPO, Ejigbo Police Division, ASP Olabisi Okuwobi, explained that the project was conceived due to overcrowding and few available offices in the station.

She stated that, in a quest to solve the problem and to have more space available for use, she decided to write to some stakeholders to assist in the building project.

She further explained that while in the process, “the Grooming Centre came around for another matter and the project assistance was thrown to the CEO to help out on the roofing. The CEO, after consideration and deliberation with his team of staff, decided to take up the projects from foundation to painting level.”

Okuwobi appreciated the financial institution for the great gesture, saying the support was the most monumental one the station would receive from any business organisation in the community.

Other dignitaries expected at the commissioning ceremony include the Assistant Commissioner of Police, Area Area D, Aliko Dankoli, the CEO of Grooming Centre, Dr. Godwin Nwabuka, and others.