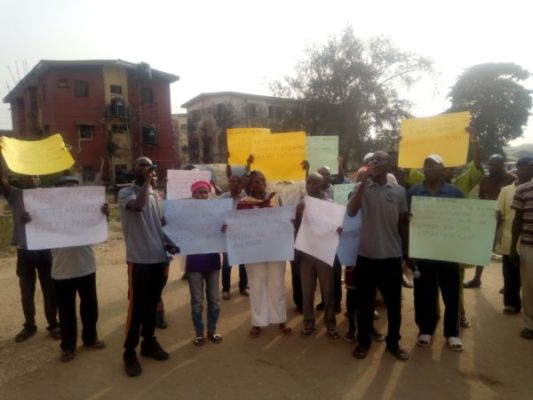 The residents protesting in the Estate

The residents of Jakande Estate, Ejigbo have on Sunday in a peaceful protest, warned Ikeja Electric, the sole electricity distribution company in the area over the high estimated billing system the community has been placed, insisting that the company must not bring bills to the estate again.

They also claimed that the six months period given to the company by the Nigerian Electricity Regulatory Commission to give over 3,000 customers prepaid meters has elapsed without responding to their demands.

Addressing journaliusts, the Leader of Estate Youth Parliament (EYP), Yusuf Adeyemi, said the NERD had on May 24, 2018 ordered the Ikeja Electric to meter every customer in the Estate within six months which lapsed on the 24 the of November.

The copy of the NERC’s Ruling was made available to Echonews.

He noted that the electricity distribution company has, instead of heeding the order of the regulatory company, wrote back the community that it would not be able to meter the community until the dough quarter of 2019.

In the response letter, a copy of which was made available to Echonews, the Ikeja Electric claimed that the inadequate power supply to the community was due to limited allocation from Transmission Company on Nigeria.

It claimed that its unmetered customers were billed based on supply availability in line with Nigerian Electricity Regulatory Commission (NERC’s) approved estimated billing methodology.

The letter reads in part: “In response to your complaint of poor power supply and billing on estimation. 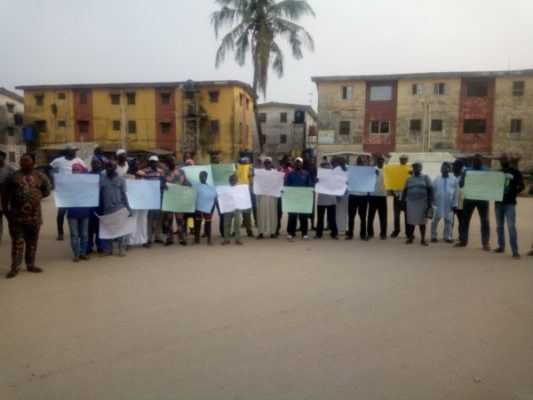 “Permit us to state that our unmetered customers were billed based on supply availability in line with Nigerian Electricity Regulatory Commission (NERC’s) approved estimated billing methodology, which ensures that all accounts on the same starting and Distribution Transformer metered and unmetered are billed as closely as possible to ensure fairness and as much as possible eliminate outrageous billing.

“Please note that as a result of peculiarity of the business and attendant industry challenges, we are constrained to meter your community between now and November 2018, but the vicinity has been scheduled for the exercise in fourth quarter of year 2019. The community can as well engage the services of Meter Asset Provider vendors when full operation commences.”

However, the residents claimed that they were over billed with estimated billing system and that they would not henceforth pay for electricity until they are given prepaid meters.

“For more than three years now, we have been cheated by Ikeja Electric and we are not going to take that any longer.

“We are shorting down payment as from today until they bring prepaid meters for us,” Adeyemi said.

Also speaking, the NEPA Chairman of the community, Mr. Tajudeen Gbolahan Lawal said he has been engaging the Ikeja Electric on the matter for more than three years without any positive response.

He said the community could not take it any more, charging the company to come and remove its wires from the community if it would not meter them.

He claimed that other communities within the state have been metered and paid less while they are charged more than what they consume.