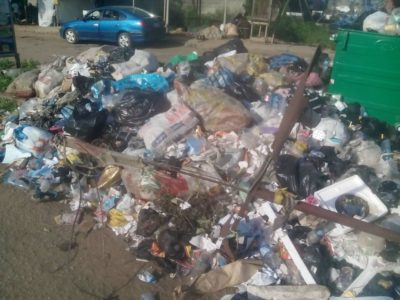 The residents of Jakande Estate in Ejigbo have expressed their dissatisfaction over the ongoing cleaner Lagos program, claiming that the community has been subjected to health danger as they have not been enjoying the service of the Initiative since its inauguration.

In a letter written to the Lagos state governor, Akinwunmi Ambode by the Estate Youth Parliament, the residents demanded that the government should allow them to go back to the usage of PSP.

They claimed that with the cleaner initiative, the community is now littered with heaps of refuse at various corners, adding that some miscreants are taking the advantage to dump refuse anywhere thinking that the CLI would pack them.

The letter, which was signed by the Leader of the body, Yusuf adeyemi and the Secretary, Idris Giwa, stated that the officials of the CLI never came to the community to pack the refuses thereby posing health hazard to the residents of the community especially the children.

The letter read, “We the members of the above body write to show our dissatisfaction on the ongoing Cleaner Lagos Programme.

“The whole community is smelly and we have babies who are vulnerable to so many diseases as a result of this dirtiness. We appreciated and still appreciate the idea of PSP. We urge Your Excellence sir to please let us keep using them and not cleaner Lagos because a lot of people have bastardized your good motive of cleaner Lagos by turning all the corners of the community to a dumping site.

“Please help us look into this matter as soon as possible. Thanks sir.”

Meanwhile, the representatives of the body who spoke to Echonews said that the residents had written several letters in respect of the issue which were not attended to.

They therefore appealed to the government to come to their aid as a matter of urgency in order to prevent outbreak of diseases in the community.