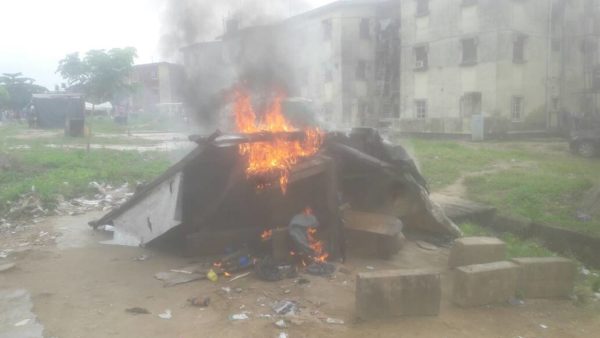 A call has been made to the Police at the Ejigbo Division by the residents of Jakande Estate, Ejigbo Local Council Development Area (LCDA) for security checks within the community following a life threatening incident which happened in the area.

At West Coast, one of the notable suburbs in the area, the residents have noticed a tent filled with dangerous weapons such as cutlasses, battle axes, matchets and bottles to mention few belonging to a yet to be identified person, an incident which has subjected the whole community to fear of looming danger in the area. 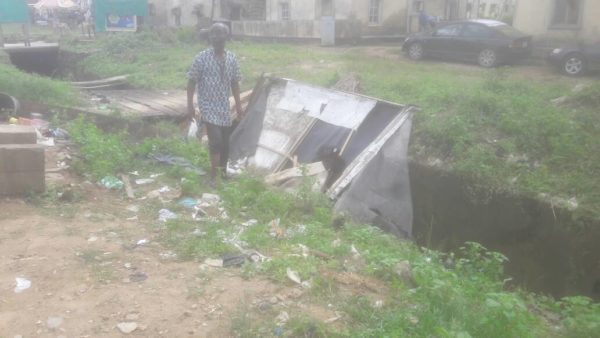 Meanwhile, on noticing the event, the residents gutted the tent with fire, took away the weapons as evidence and kept the Police at Ejigbo Division abreast of the happenings.

The Police came into the scene and arrested the suspect for prosecution at the station.

Some of the residents who spoke with Echonews stated that the dreaded event requires a swift action by security agencies, calling on the Police and the Lagos State Neighborhood Corps (LSNC) to assist them in curbing what appears as a threat to their lives and properties.

The police have however allayed fears of the residents by assuring them that necessary actions would be taken to curtail such happenings.