Isolo Local Council Development Area (LCDA) has proposed a budget of N1.6billion for the 2018 fiscal year.

The proposed budget which is N48million less than the approved N1.64billion budget of last year is expected to bring sustainable development across the seven political wards of the council area beyond the current fiscal year.

Olaleye, in his address, noted that the proposed budget was carefully drawn up with imputs from the various communities in the council area to bring even development in all spheres of human life.

According to him, his administration has taken time to propose capital projects that would extend to the preceding years to achieve sustainable development.

of new primary school at Okota ward; completion of renovation works on Akinbaiye Primary School and construction of a new Primary Health Centre at Alagbeji ward as well as rehabilitation of existing PHCs. 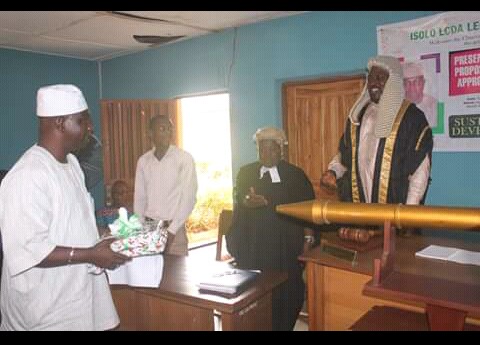 He claimed that infrastructural sector took the highest percentage in the budget.

On education, the council made provision for the continuation of the payment of bursary award to students of higher learning; provision of more adult literacy centres; provision of exercise books to primary school pupils; provision of 50-seater buses to convey students to and from the school village.

To realize these laudable programmes and projects, Olaleye revealed that the council has concluded plans to pursue internal generated revenue (IGR) with firmness and vigour.

Aside this, he stated that incentives have been earmarked for revenue officers to motivate them to improve the council’s revenue profile. 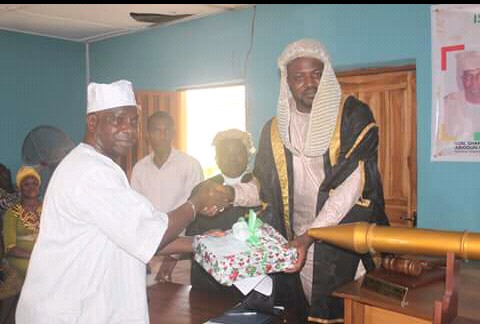 Meanwhile, Olaleye gave meticulousness as the reason for the perceived delay in the budget presentation. He explained, “When you want to be meticulous in putting up your budget, definitely it with take time. If you don’t want to rush into planning, it is best to slow down in planning process and be a fast and proactive when it comes to implementation. We’ve done our work in a way that the passage will not take a week.

‘We’ve broken it down in a way that they will not necessarily need any clarification. Once that has been done, the whole process will not be taken as being delayed or late.”

In his remark, the Leader of Legislative Arm, Hon. Remmy Shittu Remmy, lauded the council boss for the ingenious nature he and and his team have gone about in packaging the proposed appropriation bill particularly as it related to sustainable development.

He thanked the chairman for initiating capital projects whose completion date would extend beyond his administration. 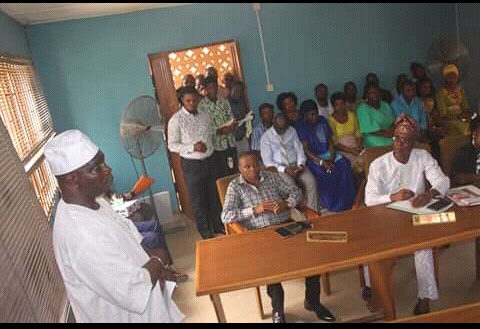 “I thank the executive chairman for initiating projects that would outlive his administration and I assure him we would give the proposed budget a speedy consideration it deserves,” he said.

When asked how achievable the proposed budget is and how soon the budget would be passed, Remmy told Echonews that the legislature would make amendment to the existing bye-law to improve the internal generated revenues.

“The budget is from January to December meaning that we’ll give it a speedy consideration, before the end of this month, it should be passed,” he concluded.