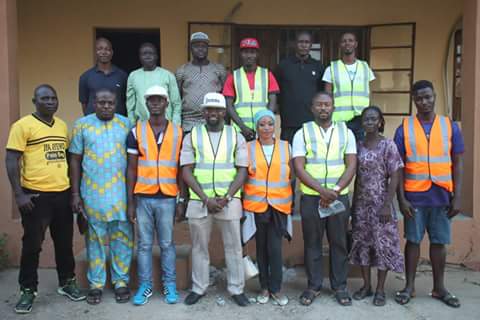 In its bid to promote healthy living and a cleaner environment, Isolo Local Council Development Area (LCDA) has constituted a taskforce committee to checkmate indiscriminate dumping of refuse at unauthorized places.

The 16-man committee was inaugurated by the Executive Chairman of the council, Hon. Shamsudeen Abiodun Olaleye in a brief inauguration ceremony held inside the council premises.

The council boss charged the committee members to discharge their duties with utmost commitment and sincerity noting that they must stand firm against indiscriminate dumping of refuse bins at unauthorized locations.

He added that the team is expected to patrol the streets to discourage residents from dumping refuse bins beside the road and inside the mnedian.

According to the council boss, the team is expected to work with officers of the Lagos State Environmental Corps (LAGESC) and could effect arrest of recalcitrant residents who failed to heed warnings.

The team is expected to work in two shifts for effective coverage of the black spots within the council area.