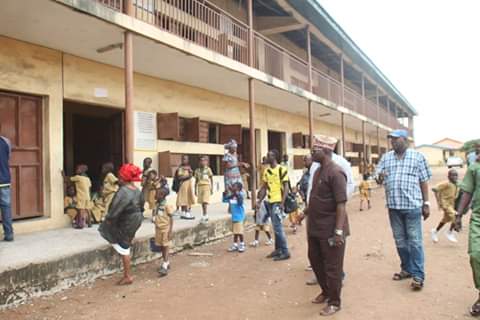 The Executive Chairman of Isolo Local Council Development Area (LCDA), Hon. Shamsudeen Abiodun Olaleye, has turned down the request by the Headmistress of Akinbaiye Primary School, Mrs. Anifowoshe, to assist the school in replacing the furniture which had been damaged by rains.

The chairman noted the slow pace of work at the site which he said did not augur well for the project, adding that the contractor was already behind schedule with pupils fully resumed for a new academic session. 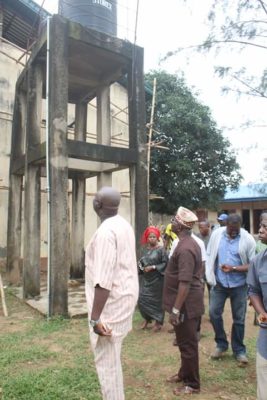 He also observed that the new toilet facility was too open and accessible; a situation which he noted would allow pupils to have unrestricted access to the facility.

He therefore directed that the facility should be fenced off from the school building.

He also visited Olokun Street in Ishagatedo, where reconstruction of the road is currently on-going. The council boss also noted with dismay the slow pace of work on the drainage which according to him would affect the work schedule.

On a general note, the chairman expressed satisfaction on the extent of work carried out at the site even as he prayed for a clement weather to allow the contractor finish the reconstruction work on time.

When completed, Olokun Street would serve as a bye-pass to Ire-Akari Estate Road from Mushin Road. The road project is expected to be complimented with solar-powered streetlights.