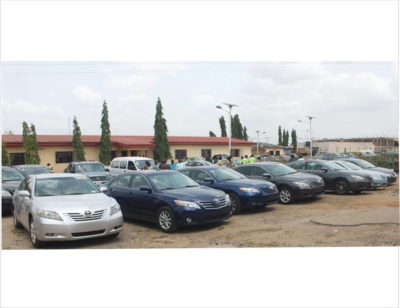 In his effort at brokering a cordial working relationship with the legislative arm of the council, the chairman, Isolo Local Council Development Area, Hon. Shamsudeen Abiodun Olaleye has allocated seven Toyota cars to his councilors.

This, according to a statement from the office of the chairman, made Isolo LCDA to rewrite its history as it become the second among other local councils in the Lagos State to buy cars for its councilors.

The allocation of the official cars to the councilors came barely a few days after the approval of the 2018 budget of the council by the legislators.

Speaking at the presentation of the cars which was held recently at the council secretariat, Olaleye noted that the councilors were the first set of political appointees in the present administration to be allocated official cars. 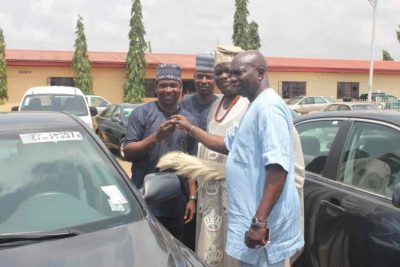 The cars were presented to the recipient in an unscheduled brief presentation ceremony by the Osolo of Isolo, His Royal Highness, Oba Kabiru Alani Adelaja Agbabiaka.

This development has been applauded as great generosity of the Executive Chairman, who has given priority attention to the legislators over members of his executive team and management staffs of the council.