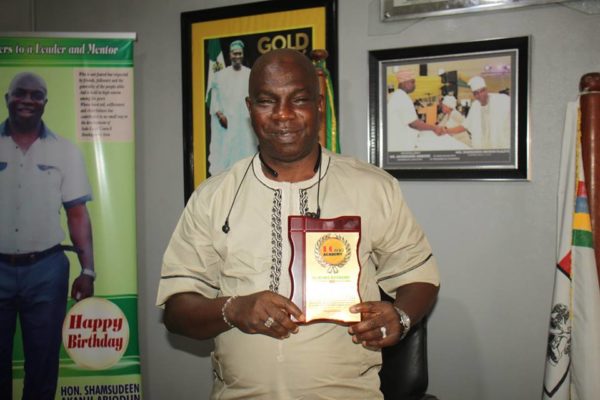 The Executive Chairman of Isolo Local Council Development Area (LCDA), Hon. Shamsudeen Abiodun Olaleye has, today Friday, the 6th July 2018, been presented with an Award of Excellence by the management of LG News Academy.

The Managing Director of LG News Academy, Tunde Jakande stated that his academy was swayed to honour the chairman with the award due to his track-record of performance which has impacted positively on the people of the council area.

Jakande added that aside verifiable developmental projects and programmes carried out by his administration, LG News Academy also conducted an opinion poll among residents of the council area which also affirmed the good works of the council boss. 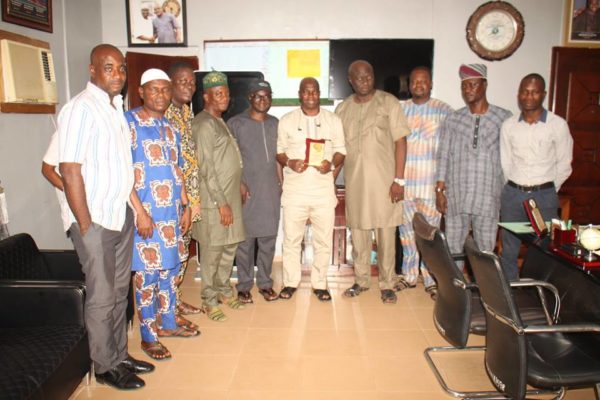 “We had gone to town to investigate your performance. I am happy to tell you that your people did not only speak highly of you but attested to these projects and programmes that have impacted positively on their lives,” he said.

It was reported that since his re-election about a year ago, the local council boss has successfully initiated a bursary award schemes in which over 100 indigenes and indigent students of higher institution benefitted.

This, according to reports, was followed up with an endowment scheme for the widows, aged and the physically-challenged with more than 200 people selected from across the seven political wards of Isolo benefitting.

Olaleye’s administration was also credited with the construction of culverts in some communities in the council area as well as attending to health and environmental responsibilities across the council area.

Within the space of one year in office, the council boss was reported to have completed rehabilitation work on Goloba Street as well as construction of Baale Shekoni Street, Ajao Estate. The two road projects are expected to be commissioned by Gov. Akinwunmi Ambode very soon.

The Award of Excellence came on the heels of a similar award recently bestowed on Olaleye by Lagos Environment, a social media platform championing healthy living and cleaner environment in Lagos.

In his vote of thanks, the Secretary to the Local Government (SLG), Hon. Emmanuel Olojede praised the organisers of the award for appreciating the modest contribution of the administration of Olaleye whom he described as an epitome of humanitarianism.

“The award did not come as a surprise because our chairman is imbued with human kindness. Virtually all the projects he has successfully implemented were buoyed by the need to touch people’s life like the widows, the elderly and the physically-challenged,” Olojede added.