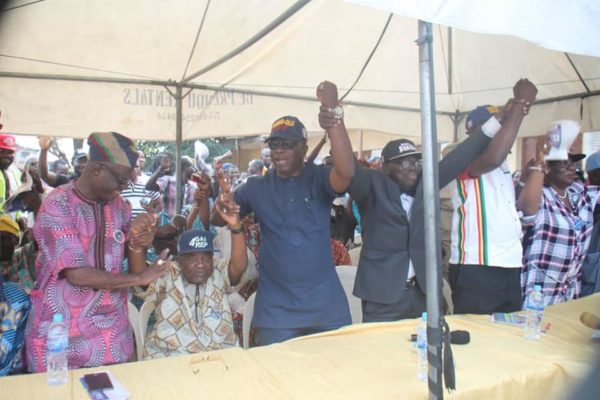 The acrimony and war of attrition that has factionalized the All Progressives Congress (APC) in Isolo LCDA has finally been resolved.

This followed the recognition of the Barr. Ganiu Bello-led LGA executive committee by the Executive Chairman of Isolo LCDA, Hon. Shamsudeen Abiodun Olaleye, when he attended a special meeting of the party exco held at the party secretariat on Wednesday 30th January 2019.

The visit which came six months after the conduct of the controversial party congress which has produced two factions of the party exco came on the heels of the resolution of the crisis set up by the state leadership of the party. 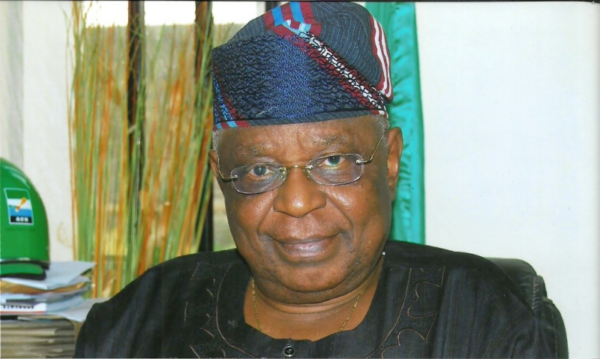 Welcoming the council boss to the meeting, the party chairman Barr. Gani Bello remarked that the meeting was a special one, saying “the proverbial chicken has finally come home to roost.”

The party chairman said he was happy that Hon. Olaleye has shown strong commitment to the peaceful resolution of the political impasse, adding that he has a genuine reason to be angry with the outcome of the party congress.

The party helmsman went philosophical by saying: “Only a bastard would not get angry when provoked and it is also a bastard that fights on after being shown an olive branch. I am happy that our council chairman is not a bastard. With his visit to our meeting today we have crossed the Rubicon and we shall triumph,” he said. 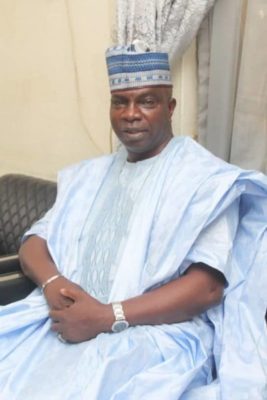 According to the party boss, the peaceful resolution of the crisis is mainly due to the magnanimity of the council chairman to give peace a chance in the interest of the party adding that the council boss is not a stranger to party affairs and council administration.

Before his address, Hon. Olaleye rendered two songs which were chorused by all those present at the meeting to register the fact that he was on a peaceful mission. He expressed his delight at officially meeting the party executives for the very first time adding that there is no member of the executives that is not well known to him. 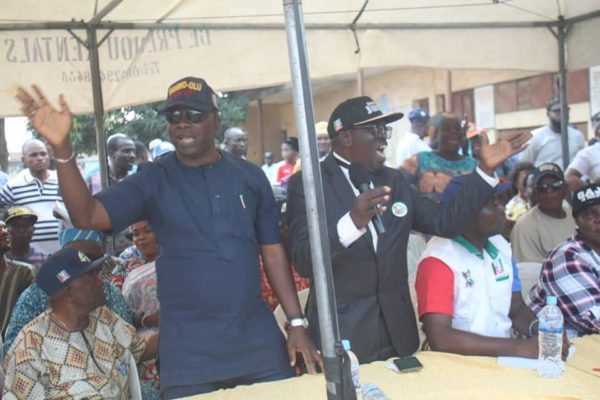 According to him, the crisis that ensued is not new to the party as that appears to be the norm soon after the conduct of the party congresses. He added that he has decided to sheathe his sword in the interest of the party and his commitment to ensuring Isolo LCDA record total victory for all APC candidates in the forthcoming general elections.

“I am a genuine party man to the core. I have benefited immensely from the party such that I cannot allow it to go down. As council chairman I am at a comfort zone, I am not jostling to become the party chairman, but my supporters were not happy at the turn of events. But the party interest overrides all other interest and that would subsist.

“We have resolved to settle this matter in-house for the love of this party; for the fact that we must re-write the narratives this time around. The ghost of the 2015 electoral loss is still haunting all of us and we must collectively consign it to the past; we must ensure we win convincingly this time around,” Hon. Olaleye enthused.

He, however, enjoined everyone to see his visit as a mark of official endorsement of the LGA executive committee promising that he would do everything possible to support the committee in the task of leading a virile and strong party structure in Isolo.

Hon. Olaleye also advised all party members regardless of group affiliations to close ranks and work for the success of the party in the coming election. He informed that such convivial atmosphere has been demonstrated by Hon. Wale Tonade, the ward chairman of Ishagatedo/Ire Akari ward who led his executive committee and other opposing faction to pay him a courtesy visit earlier in the day in his office.

Thereafter, Barr. Gani Bello and his exco members had a group photographs with Hon. Olaleye to demonstrate the new peaceful atmosphere before he departed the party secretariat.

The reconciliatory meeting continued on Thursday at Ilesanmi Primary school, Isolo, where all concerned stakeholders and party members gathered to finally nail the issue.

The party chairman emphasized that the party leaders have been able to bring the lost unity back to the party and that the concerned factions have had to sheath their swords.

He noted that the party lost in 2015 at the area base on the high level of disunity the party was into but believed such reoccurrence have been curbed, with victory at the reach of the party.

“Today is a special day, it’s the marginalization of two big groups coming together as a team under the leaderships of the party chairman and the council chairman. Even if there have been grumbles before, it has dissolved, and we are now stronger. We have realized our mistakes in 2015 and we have overcome them because if we had done something like this before the election in 2015, we wouldn’t have lost. So, doing it now is very timely. There’s wisdom in collaboration, there’s wisdom in coming together,” he said.

Hon. Jude Idimogu, who is seeking re-election to the Lagos State House of Assembly in Oshodi-Isolo constituency II, expressed his optimism that the party headed by the judicial luminary and the council chairman who are both full of enormous political knowledge, will do everything to prevent all internal crisis from reoccurring and make sure the party wins with convincing margin at the polls.

However, the immediate past LGA Chairman of Isolo, Abdul Wahab Adejare Raji maintained that politics is a game of conflict and that what happened in Isolo is a norm, stressing that Isolo LCDA cannot afford to lose the coming election hence, the resolution meeting was organized.

Although the former Lagos State APC Chairman, Otunba Henry Aajomale was not present at the meetings due to some party assignments, he totally agreed to the resolution of the meetings on the reconciliations moves.