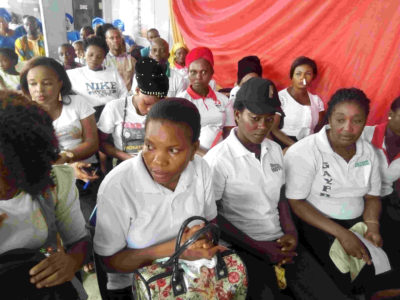 An Isolo based non-governmental organization (NGO) founded by the South-South Forum, Ilasha branch, South-South for Global Peace, has equipped some of the members of the forum with skill acquisition in various crafts such as liquid soap making; mentholated spirit, perfume, toilet wash and insecticide productions. 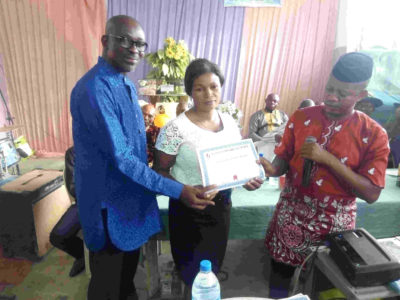 Fregene and Annibest, presenting certificate to one of the grauduands

Annibest, who noted that the rate of graduate unemployment has kept rising, hinted that the best way to create employment is by training people to be self-employed.

“With this initiative, we are turning impossibility to possibility by creating employment for our people through skill acquisition in crafts.”

The NGO founder declared that 27 people were trained in February this year as another 27 people were being graduated at the second phase of the empowerment programme. 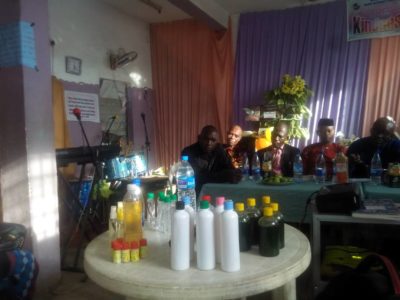 He however charged the stakeholders in the educational sector to promote the spirit and culture of entrepreneurship among the students in order to reduce unemployment rate among the school leavers.

He also urged the government to key into such skill acquisitions by supporting the NGOs that are embarking on such in their various locations. 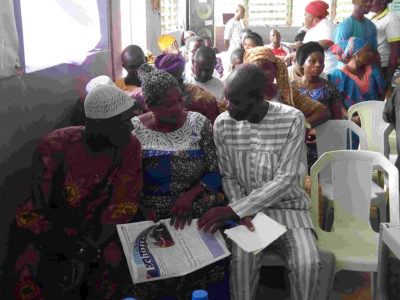 He solicited the support of wealthy individual and the government in terms of finance for the graduated entrepreneurs for startup capital.

Meanwhile, the Secretary to the Local Government (SLG), Ejigbo Local Council Development area (LCDA), who doubled as the Chairman of the graduation ceremony, Hon. Paul Omatseye Fregene, asked the members of the Forum to key into politics, saying it would afford them the opportunity to get government’s help.

The SLG informed them that the trained artisans needed government’s certificate to be able to access government empowerment funds to support the businesses.

He particularly admonished them to support the Lagos Commissioner for Information and Strategy, Hon. Kehinde Bamigbetan on his political ambition for the Federal House of Representatives in 2015. 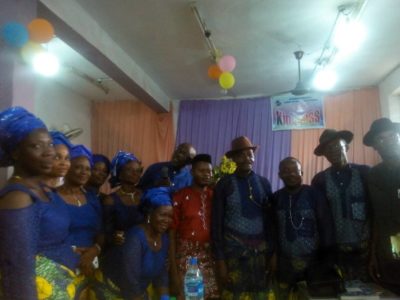 Fregene said that Bamigbetan, as an advocate of empowerment especially at the grassroots, would facilitate empowerment funds for them.

“Apart from the certificate you are being given today by this NGO, you still need government’s recognition and certification in order to be able to access Lagos State trust Funds.

“I therefore urge you to join the ruling party APC. We want you to journey with us so that we can all benefit and reap the dividend of democracy together.

“I’m also imploring to support KOK, hon. Kehinde Bamigbetan to win House of Representatives seat in 2015. The man is a trusted candidate, he has been supporting us, the people of south-south in Oshodi, Isolo and Ejigbo local government areas, if not for Bamigbetan who has the interest of other ethnic groups at heart, we wouldn’t have been relevant politically. 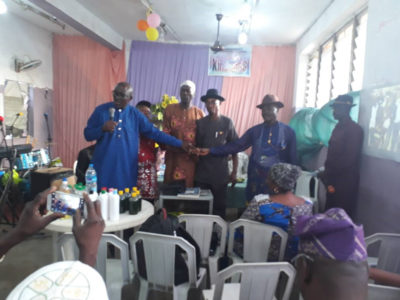 “If we also support him, he would do more for the people of south-south in these local government areas. Bamigbetan would polish you, package you and make you marketable.”

Meanwhile, Fregene charged the graduating entrepreneurs to always improve on their acquired skills, get NAFDAC Number, and package their products very well in order to gain wider market.

Also speaking, Mr. Baruwa, who led the members of KOK 4 Reps 2019 Initiative, Isolo branch, urged the South-South Forum, Ilasha branch to take the advantage of the government by joining hands with Bamigbetan.

He said Bamigbetan is the only politician within their locality who can help them grow.

Eventually, the Chairman, South-South Forum, Ilasha branch, James Annibest was temporarily appointed the South-South APC leader, Ilasha branch and handed over to other members of the party present at the occasion by the Ejigbo LCDA SLG, promising that there would be proper and elaborate inauguration by the party.