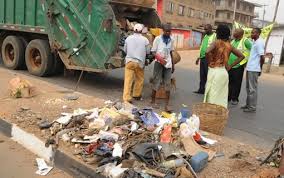 The Patron of Isokan Community Development Association (CDA), Oshodi, elder Jide Daniyan, has commended the Private Sector Participant (PSP) operators in his vicinity for their satisfactory services, charging the Power Holding Company of Nigeria (PHCN) to brace up as well.

Elder Daniyan, who retired as chief security police (CSP) in 1998, has since then been actively involved in community services.

It was gathered that his numerous supports have earned Isokan CDA so many achievements such as house numbering that exists in the community, link road construction behind Royal Exchange Company, monitoring of the Lagos state governor Akinwumi Ambode’s  grants put to judicious use of the community and some other efforts to strengthen the community.

One of his efforts towards the development of the CDA as gathered was that Isokan CDA meetings started from his compound, 8 Odutolu street without elected officers to man any post then, before the emergence of Mr. Kazeem Fawole as the CDA chairman, followed by other elected officers when the meeting was moved to the chairman’s house at No.6 on the same street.

The elderly man applauded the services of PSP operators in his community which he noted has brought about a clean and healthy environment as a result of their effective discharge of duty that maintained 2 days (Wednesday-Saturday) a week refuse disposal.

He however said he is expecting the PHCN to improve on its service to the community too, saying its impact has not been felt due to epileptic power supply presently being experienced by the residents of the community.

He also charged the APC government on the need for the community development, stating that the people were waiting for the next level of governance as promised.