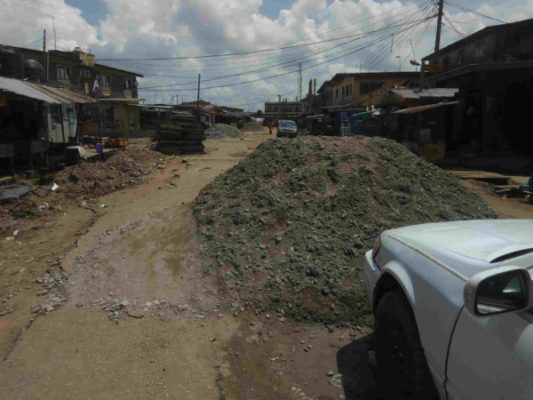 Following the report by Echonews of the complaints on the deplorable condition of Olokun Street, Ishaga, the Chairman, Isolo Local Council development Area, Hon. Shamusudeen Abiodun Olaleye, has ordered the commencement of the rehabilitation of the street.

The residents, who express their gratitude, said following the chairman’s visit to the street last week, stonebase has been deposited on the street for the grading of the street, signifying the commencement of the rehabilitation.

They had complained about uncontrollable flood, which they had to battle whenever it rained as the whole street would be full of water while the flood entered each house due to lack of good drainages and well-constructed road. 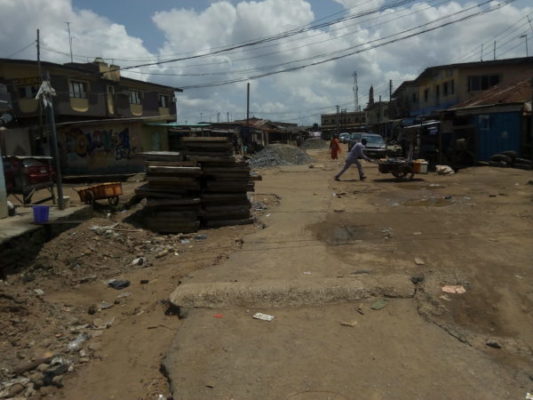 The Chairman, Ishaga Central Community Development Area, Mr. Anofiu Yusuf noted that the local council chairman had promised to reconstruct Olokun street while Baale street would be done by the state government.

Yusuf, who said that the residents of Olokun Street particularly have been battling with uncontrollable flood, said it would be their joy if the local council boss could come to their aid as and when needed.

He stated that the local council chairman, during his meeting with the residents of the street in April, promised that work would commence on the street in July/August as they could not start the work during the rainy season.

He however commended Olaleye for keeping his promise, urging him not to abandon the project as nothing has been done since the stonebase was deposited last week.