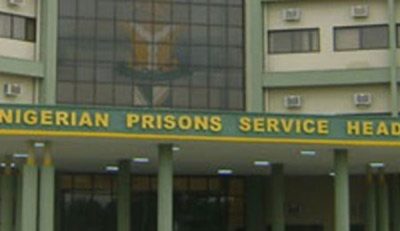 A 24-year old convict turned worker inside prison, David Duff has revealed that no inmate was allowed to kill any bedbug behind the prison walls at Kirikiri Prison, Apapa.

Duff and four others were arrested charged before the Ejigbo Magistrates’ Court for affray before their pronouncement to be sent to prison, where he was  assigned to be a worker. Having been in the prison for months, he narrated some of his experiences.

Duff told Echonews that the prison beds might have been infested with bugs as a form of punishment for inmates as they lived big and fat in the prison because they were untouchable by inmates as part of consequences that may follow. 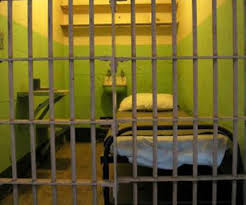 Beleaguered Duff said that if by chance an inmate killed any of the bugs, such inmate would be in serious trouble as it would be regarded as having committed murder which attracted severe punishment.

Such punishment include washing of the toilets, hard labour or any other odd job available in the prison for several weeks or months and the inmate would be isolated like a murderer.

“So if the bugs are biting someone, such an inmate will allow them to feast on him because ordinary allegation over threat to the bugs will be considered as murder by other inmates,” said Duff.

Some of the inmates confirmed what Duff had said and further hinted that was why within few days stay in prison, an inmate got infested with skin diseases and no preventive method was put in place by the prison authorities.

Duff affirmed that he heard it authoritatively that the prison officials took several years to groom the bedbugs and they do not like to hear that an inmates killed them.

The Presiding Magistrate, Kayode Layeni had granted Duff bail but he was not able to meet the bail condition which made him to stay longer in prison.

However, he later fulfilled the bail condition, was released from custody and came for the trial from home.

The matter came up on Wednesday but it was further adjourned till 6 July, 2018.

When some top prison officials were contacted, they admitted the place had bedbugs but that were not groomed and trained as the inmates claimed. They said that the place attracted such things because of the poor surroundings and added that no prison authority will give such directive against the killing of the bugs because the inmates were human beings not minding that they were behind bars.