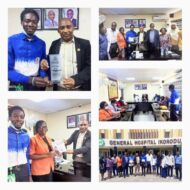 The Union said it honoured the medical doctor with the award based on his antecedents in the community attested to by the residents.

According to the Union, the doctor is credited for transforming the health sector in the waterbed region of Lagos State.

“Just two years in charge, Dr Taiwo Hassan has assumed legendary status in Ikorodu at the health district for his technique of administration and managerial practice, reflecting effective service and enhancing productivity.

“Delivering results to lingering challenges has gained Dr Hassan numerous accolades from stakeholders across the division.”

While presenting the award to him at the hospital, the president of the Union, Comrade Ogunbowale Bodunrin, thanked Dr Hassan for all his efforts and “strides in making and transforming the medical facility into a state-of-the-art health centre which has increased tremendously in catering to the needs of Ikorodu residents.”

The union also commended the doctor for his fatherly love, care, support rendered to the Union.

Appreciating the Union for the award, Hassan, explained that serving humanity is his focus and making life better in good health is his administration’s priority. 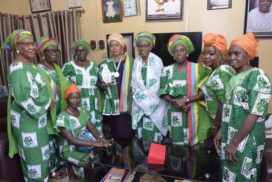 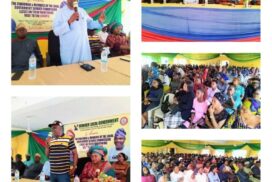