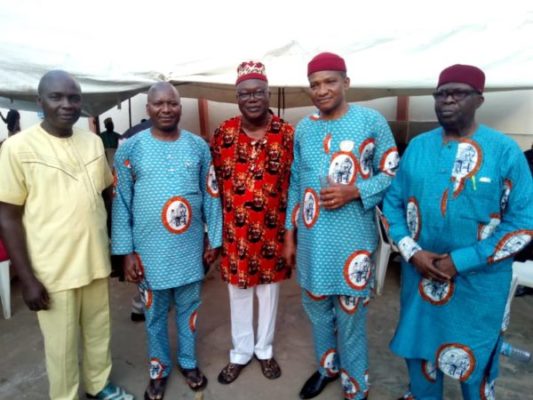 The Igbo people living in Ejigbo have canvassed for unity, peace and harmony among all ethnic groups in the community they celebrated the annual end of the year party during the weekend.

The facilitator of the event, Ohaneze N’digbo, Chief Eze Alex, said that the motive of the gathering was to showcase Igbo culture and express the need for unity among the Igbo and the non-Igbo indigenes in Ejigbo.

Chief Alex, who is also the Onyedu N’digbo and Bobaselu of Ejigbo and Ijan land stated that it was salient to organize such party as it brings his fellow Easterners together annually and impacts the culture in the next generation of the Igbos.

He said, “As the mouthpiece of Igbo people in Ejigbo land, it is important to me to organize this party to bring my people together, showcase our culture to our children and also enjoy with the indigenes of the community. You can see that all the Ejigbo chiefs are here with other dignitaries in Ejigbo land.

“I love Ejigbo land, it is not easy to be giving a chieftaincy title in another man’s land but due to my achievements in this land, I was honoured with the title, the head of Igbo community in this land, I have my family here, I build house and also do my business here.”

Several issues affecting the Igbos in the community were discussed, alongside impacting the culture and tradition to upcoming ones, which the Onowu of Ejigboland, Chief Iwu Odinaka described as imperative.

The All Progressives Congress (APC) LGA Chairman, Chief Fatai Kasumu, who was at the event, said that the Igbo community in Lagos is with the APC, saying there is cordial relationship between the Igbo people and the entire people of Ejigbo kingdom.