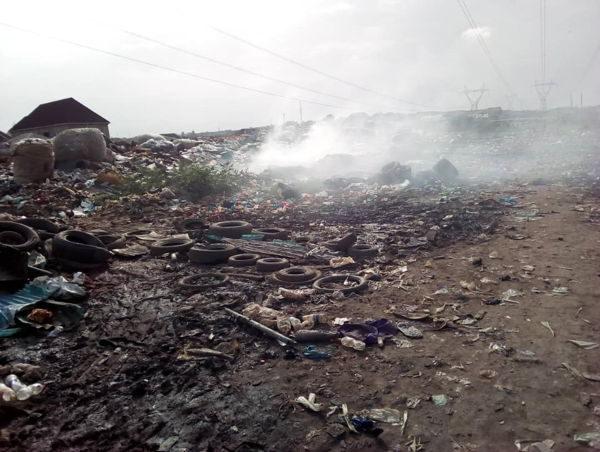 By Olushola Okewole
An imminent clash between the residents of Ifesowapo Community and the Abokis- illegal waste collectors mostly of Northern origin- is heating up the community.
The crux of the matter is the resistance of the residents to the use of their environment as dumpsite in view of the dangers posed to health and security.
The Ifesowapo Community Development Association comprises eight streets- Omogunwa, Shakirudeen Salami, Ona- ara, Demo Adeleye, New Lagos, Olamigoke and Adewunmi. It is located in Ejigbo Local Council Development Area under the Oshodi-Isolo Local Government Area.
The residents believe that the aboki-cartpushers banned by the government from messing up its environmental policy and frustrating the Private Sector Participation in Waste Management operators – should be evacuated from their area.
However, investigations among the aboki revealed that it was a jolly relationship that went sour.
It was gathered that the community had allowed the scavengers to dump their refuses in the area at a time when they needed to fill up the waterlogged land to gain more space. 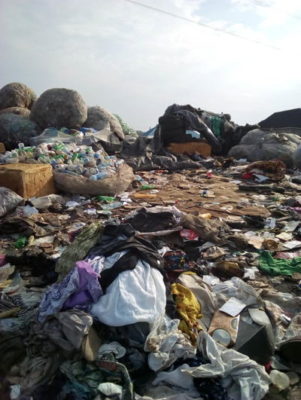 One of the community leaders, Comrade Dayo Olabiran, explained that the community caused the problem by allowing the Abokis to dump waste in the area as far back as 1998 when they usually brought tippers of wastes from Mushin for N250 to fill the street which was close to a canal and flooded.
His words: “When we bought this land, according to what we heard from Alhaji Kasumu, Aigbaka family house, he said the land was where they got sand to build the Jakande Estate, so when we didn’t have money to buy the upper side, we came to buy land down here.
“So, in an attempt to fill up the street, we started buying wastes from Mushin for N250 per tipper. When we discovered that the flood still continued because the place is deep, that was why we allowed the Abokis to be dumping their refuse here to fill it up to prevent the flood instead going far away to dump it. And that was how it started in 1998.
“Then later, we started taking little amount from the Abokis so as to buy red sands to fill the road to make it the passable, and for the people to access their houses. And now that has been achieved, but the refuse is now causing lots of problems in the community.”
One of the reasons why it could no longer be stopped was the decision of the landowners to tax the aboki for dumping on the site.
According to a source, “the issue is that the Omo Oniles are not living in the street here; they only come here to collect the money and go back to their locations.”
This has made the issue more difficult because it is the same Omo Onile that sold the land for some of us and they can do anything. That’s why many people cannot do anything because we want our family protected against harm.”
But what is bothering residents now is that the continuous dumping of waste is cutting short their lifespan.
A resident, who preferred anonymity for security reasons, told ECHONEWS that the dumping grounds created in the area out of the greed of some people has been affecting the health of the residents, causing diseases and infections especially as they daily inhale odours and smoke from burning waste, while also causing erosion in the community.
The resident, who lamented the hazards they have been going through, said dumpsites should far from residential area due to the danger it might cause to human health.
“It is not meant to be around the houses where people are living, we need the government’s intervention to stop the dumping of wastes in the community, so we can have peace in this community.”
A woman who declined to publish her name, said that the waste trucks pushed by the Aboki’s usually damage the road in the community, causing potholes and as well dirt all over.
She explained: “This issue has caused so much heat and arguments among the landlords of the community and the so called Omo Onile (land owners), the Omo Onile refused to agree with the landlords to stop taking the refuse in the 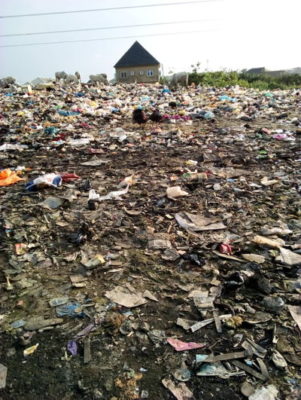 area because of the money they were making from it on a daily basis.
Also speaking with ECHONEWS, Shola Aromire lamented that they have been helpless on the matter and

they suffered a lot from the odours emanating from the waste and smoke from the site.
She however cried to the government to come to their aid to save their lives and the children as life has been unbearable in the area and nothing they could do.
Another landlord, who pleaded anonymity, said the Abokis and Omo Onile involved in the issue can attack anyone seen working to stop them because the Omo onile have seen it as a source of daily income and can do anything to protect it.
He explained: “The waste issue has generated lots of heat in the community, as the Abokis in the matter now have their habitation in the community. The last time there was an issue, we saw them coming out with weapons and the Omo Onile too who were collecting money from them claimed to be the land owners threatened us.
“In the landlords meetings, there has been division now as those benefiting from the money do not want us to stop the Abokis from dumping the refuses there.
“If you look at it now, it has been full and they keep burning it there. We all know that smoke is not good for the health but we have people living between around the dumpsite inhaling the bad odours and even the smoke.
“The challenge we have is that the Omo Onile are not the ones receiving the bad effect of the act, it is the people living here.
“In whatever way the government can come in, we will appreciate because now, everybody is trying to protect their life and their families.”