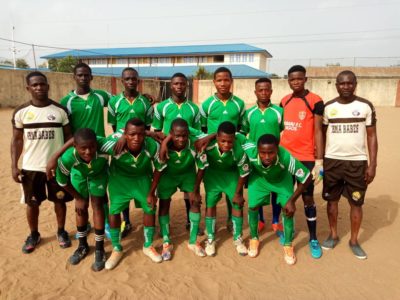 IBMA babes had earlier defeated rising stars of Isolo 5-1 to zoom into the finals.

According to the Special Adviser to the Oshodi-Isolo Local Government Chairman on Sports and Agric, Hon. Saheed Animashaun, the team has improved a lot based on the result from friendly matches played and the current achievement in the pretournament competition.

“The coaches and technical team are really putting efforts to ensure that the team makes our local government proud. I can’t stop thanking the chairman, Hon. Muse Ariyoh for his support to the team.”

He promised to mobilize people to give their support to the team on the final day, of which the date shall be communicated to the public.