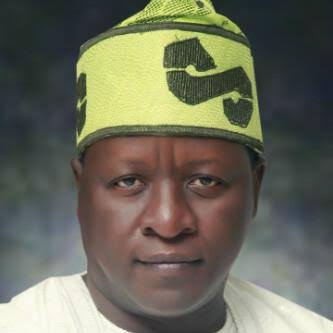 The Lagos State Commissioner for Information and Strategy, Hon. Kehinde Bamigbetan, has disclosed that the reason for his sponsoring of various vocational trainings across Oshodi, Isolo and Ejigbo Local Council Development Areas was to tame the wing of poverty which has been growing at the grassroots.

For instance, he has given financial support to two different ongoing vocational trainings at Isolo LCDA organized by the Lagos State Tie and Dye Association in conjunction with two non-govermental organisations (NGOs) -Liberation Empowerment and Action Empowerment, and the one organized by the SOS Children Village Nigeria, another non-governmental organization (NGO). 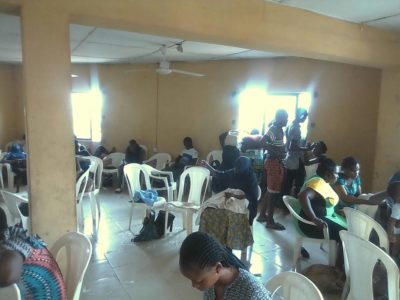 The commissioner, spoke through his representative at the Tie and Dye training, Mr. Kamiludeen Baruwa, reiterated that the main objective behind sponsoring such programme was to empower especially the women who, most of the time, are in the fore front of home affairs.

While speaking with Echonews, Bamigbetan noted that many people could no longer get office jobs and this has led many to illegal activities in the society such as prostitution and begging. 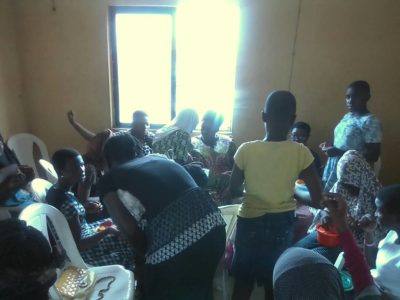 On his own, Baruwa maintained that the commissioner,  a former two-time chairman of Ejigbo LCDA, who is an advocate of poverty eradication, has planned to engage every jobless people in his constituency in gainful self-employment through the vocations.

He said, “The Commissioner, having noticed the high rate of atrocity being committed in the society due to higher level of poverty, has put a strategy in place to eradicate the poverty. As he also noticed that there are higher demands for office jobs, which have been congested, he again looked at the way this could be decongested and how people can key into artisanship, self-employment.”

According to him, after being equipped with the training, those women involved in this training could be on their own if they can get loan as small as N50,000 to N100,000. 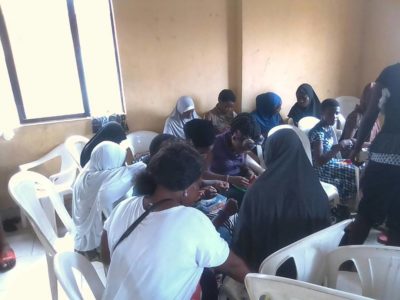 Speaking on the provision for a startup capital for the trainees after the programme, Baruwa explained that he former chairman has promised to partner with Lagos state Micro finance and some other financial institutions from which they could get the startup loans, adding that the commissioner himself would do his best to financially equip them.

The training, according to Baruwa, included art of soap-making, insecticide, disinfectant, hat-making and bead-making, but with emphasis on Tie and Dye.

Also speaking on the entrepreneurial skill acquisition programme, the Coordinator of the progarmme who doubles as the Chairperson of the Lagos State Tie and Dye Association, Isolo LCDA chapter, Alhaja Fatimah Akinfala commended Bamgbetan for his support towards the success of the programme.

She disclosed that his financial support has helped the smooth running of the programme, urging other individuals to support the programme as they were planning to replicate the programme in other local government areas.

Akinfala also appreciated the gesture of the Chairman, Isolo LCDA, Hon. Shamsudeen Abiodun Olaleye, towards the programme, noting that the council boss has also promised to support the effort.

Some of the trainees who spoke with Echonews said that they were getting the training right as the facilitators were simplified in their explanation both theory and the practical aspects.

One of the trainees, Rukayat Muyiwa, who appreciated Bamgbetan and other supporters, clamoured for more help from government and other individuals after the training so as to be able to start their own businesses and put what they have learned into real practice.

She demanded, “We need government support after this training because we have acquired enough entrepreneurial skills in bead making, tie and dye soap-making, insecticide, disinfectant, hat-making and others. We want to start our own business before the December and New Year festival; we want to make money during the festival.”

Another beneficiary of the training, Mrs. Adebowale, who also appreciated the support of the sponsors by saying that “they don’t want us to be idle”, staed that with N100,000, majority of them would start their businesses.

In the same vein, The former Chairman, Natinal Youth Council of Nigeria (NYCN), Ejigbo branch, Olawale Fashola, who was representing the commissioner at the vocational training organized by the SOS Children’s Village Nigeria, said that apart from sponsoring the training of each participant selected from the 13 wards in Ejigbo and Isolo LCDAs, said Bamigbetan aimed at setting up the participants with the entrepreneurial skill they acquire through the training.

According to him, the commissioner has plans to do more for his constituents when he wins a seat in the House of Representatives in the 2019 general election.

He noted that Bamigbetantan had been sponsoring such empowerment programmes even before he was elected the chairman of Ejigbo LCDA in term of buying WAEC and JAMB forms for the youths, the gesture he continued during his administration as Ejigbo LCDA chairman.