I left APC for ADP because I need to serve – Oseni

The Lagos State House of Assembly aspirants under the platform of Action Democratic Party (ADP), Hon. Ahmed Olajide Oseni, has disclosed the reason why he left All Progressive Congress (APC) after he lost during the party’s primaries. In this interview with Abolaji Adebayo. He said he was given the opportunity earlier denied in his new party to serve his people. Excerpts: 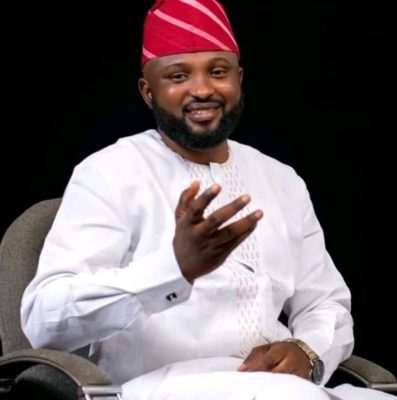 2019 election is just a month away, how prepared are you to win this election?

Before now, Oseni Olajide Ahmed has been outside, on the ground of aspiration of the House of Representative under the platform of All Progressive Congress (APC). After the primaries, there was a movement from APC to Action Democratic Party (ADP) to contest for the post of Lagos State House of Assembly. So, it’s still the same phase but different office. So, my preparation has started since my day one in APC. I have started from then and by now, I’m closer to wrapping up my preparation towards ensuring that I achieve success in the coming election.

Every preparation belongs to God. God gives the power. No matter how much your preparation is, everything has to do with God’s will. The reason why I’ve only planned is because, ‘he who fails to plan, plans to fail’ and that’s why I’ve chosen to make my own plans, trying to see the people who will make the race a successful one. And I have the believe that all hands are on deck to ensure success in 2019 election for the position of Lagos State House of Assembly in Oshodi-Isolo Constituency II.

Some people believe that it will have been easier for you contesting under APC than any other party. What are you doing to ensure that the lacuna won’t be there?

But you said the strength of the party cannot be taken away from winning the election, do you think your party has that strength?

I said it already that the personality of the candidate takes lager percentage of victory. What it is about the party is the name. The question is, is it a household name? if I need to advertise a new product to you, I will need to advertise for a longer time before it gets but for a known brand, people believe it has been in existence so, it has been ringing in people’s ear.

However, the new brand could take over the market if it is very aggressive in marketing strength. And that is what, as a marketer, I normally tell people it is not about the market leader, even a market follower nomenclature can kill the market for the market leader because the market leader uses a lesser strength because he believes in his long-term existence in the market. The question is whether APC, PDP, UPP, ADP or ADC, every person that makes up this party is a potential voter, and believe me sincerely, if votes are transparent even people under some platform will still vote their choice of candidate and not the one of the parties.

You contested during the last APC primaries but lost. It was reported that you left the party because you felt cheated, is that true?

I never felt cheated. I never left APC because I felt cheated. Because if I had left APC because I felt cheated, if you see me in APC tomorrow what will be the question you will ask me, are you coming back to the person that cheated you? I have no rancour with APC because it is a party that has the highest number of my associates – families and friends so, you won’t be surprised if I am ADP and my wife is APC. APC is a party that has stretched its structure into even the corners of everybody’s household. The structure of APC does not only end in the street because it has entered everybody’s home and I don’t have any issue with the party and I can never have any issue with the party.

Why did you leave the party then?

I left the party because I felt I need to serve, and I need to prove to people what they call service to humanity.

So, the opportunity wasn’t given in APC?

If you really want to serve and you know the time to serve, what you have to do you do quick. We have aged. Don’t let us deceive ourselves. We call ourselves youths but virtually most of us are above forty years of age, our children are growing, our children are becoming youths and we still claim to be youths. If we believe in call to service why are we waiting for people to condemn us, telling us we are old people to stay aside. When you have a time frame for everything that you do, and you believe in the principles that Yoruba says “ona kan o wo oja” if really you want to go to the market and there are many roads to the market and you can prove yourself out. Parties are platforms I told you, you can come through any platform, but you must ensure you serve, deliver to people. Don’t let any single individual regret their mandates given to you.

You must have a good record of who you are. Call to service is not call to stealing. If you believe in service, you have to believe in hanging yourself on the platform of party and waiting for a time to come, you should remember you are waiting for the next election, there are other people who do not come out now but waiting for the next election to come as well. So, you must use your own time and follow your dream to the letter and don’t keep your dream to distract other people’s dreams in the future.

Even in university, there are first and second choices. You don’t have to kill yourself with first choice, there is always second choice.