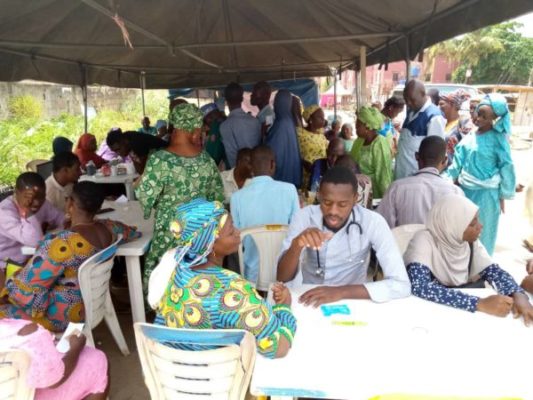 Most residents who turned up for the recent free medical mission organized by a group under the All Progressives Congress (APC) in Jakande Estate, Ejigbo, Idera Support Group (ISG) tested positive to hypertension.

Disclosing this to Echonews, the medical Doctor in charge of the mission, Ismail Hussein of Lagos State University Teaching Hospital (LUTH) said hypertension is the major ailment common among the people of the community.

Noting that about 80 per cent of those who participated in the similar exercise last year tested positive to hypertension and were given anti-hypertensive drugs free of charge.

He said the residents were tested for other ailments such as diabetes, sugar level, etc., and that they were given medical advice and drugs. 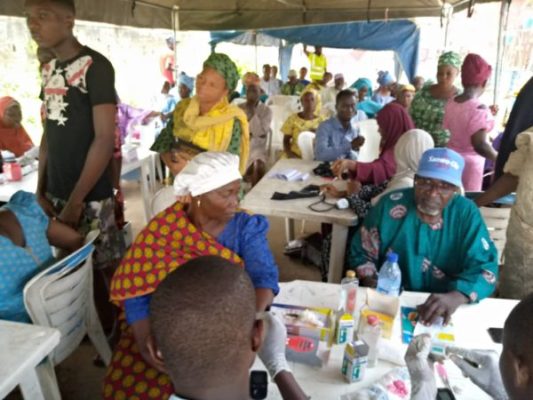 The group said the free medical mission was organised to revive many voters and ascertain their health status after going through the rigour of electioneering.

The event, which took place at the Low Cost Housing (Jakande) Estate, Ejigbo was attended by many beneficiaries.

Beneficiaries also received drugs prescribed for their ailment through the distribution of free drugs for the residents of the community.

According to the group’s patron and former APC House of Representatives aspirant, Habeeb Anibaba, the exercise was necessary as the group discovered that most people would have exhausted their energy during the last elections. 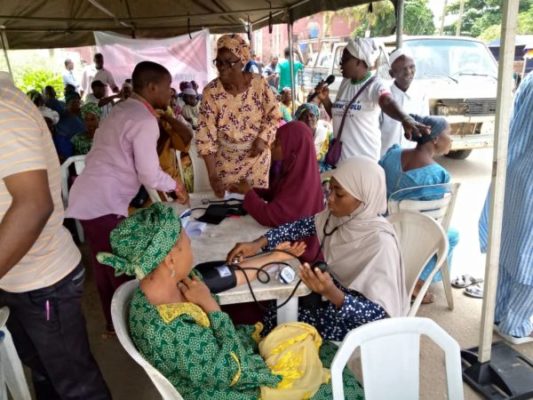 Its chairman, Yusuf Adeyemi, said the exercise was an act of giving back to the community as a way of appreciating them for supporting APC to victory during the last general elections.

Adeyemi stated that about N150,000 spent on the programme was raised solely by the group.