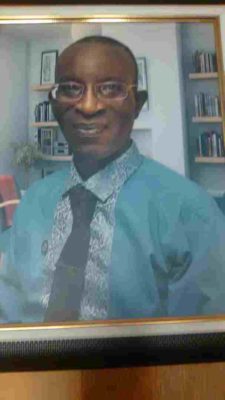 Olufemi Olayinka, has solicited the support of government in the provision of more buildings to accommodate the high pupils population in the school as he charged the government to provide chairs and tables for conducive learning as well as adequate teachers to impact knowledge into the pupils.

Olayinka declared that the population of the school has increased to 788 pupils, 384 boys and 404 girls due to his achievements within six months of his redeployment to the school.

In an interaction with Echonews, he maintained that Oshodi Local Government Primary School has now become one of the best schools within the community.

In the pursuit of effective discharge of duty, Ajayi noted that he had to plan a chart that would display terms activity, School Base Management Committee (SBMC) and parents teachers forum to help the growth of the school.

Apart from cognitive teachings and learning process, he said he also

employed the use of psychomotive education to bring out the hidden talents in the pupils as they embarked on home Economic practical, which showcased the ability of the pupils in home management sector.

During the practical held recently in the school premises, he confirmed that the pupils were so excited to present the assignment given to them by their facilitators. 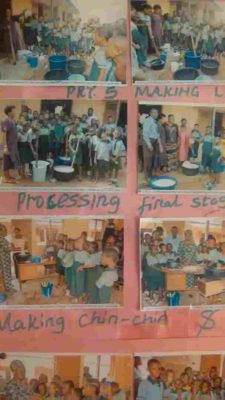 According to him, the food items prepared included coconut rice, chinchin, fried rice, fruit juice, jollof rice and stick meat by pupils in nursery1 to Primary six with the exception of primary five pupils who made liquid soap.

of their hands,” the head teacher explained.

Meanwhile, he appreciated the support of the Adele Oba of Oshodi, Alhaji Biliameen Akinola, on the ongoing seven rooms of toilet infrastructural development in the school.