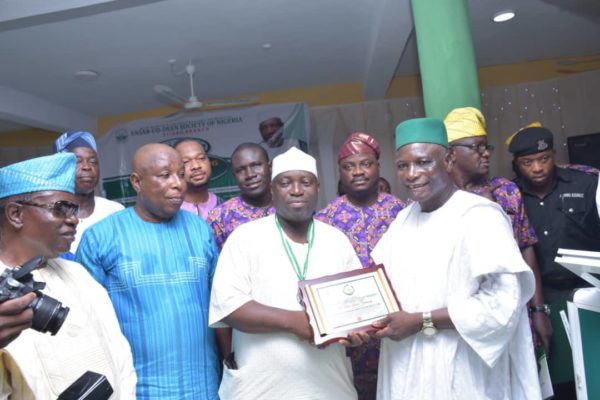 Bello was said to have provided positive example via on-ice performance since the inception of his administration as the council Chairman by the groups – Ansar-ud-een Society of Nigeria (ADS) and the Gospel Musicians Association of Nigeria (GOMAN) who both stated that such acceptable governance is recognized and deserved to be celebrated.

The Chairman, ADS, Alhaji Okunleye Oluleye, highlighted the fine examples of Bello stating that the latter, through his intensity and his flair to turn Ejigbo into an envy of all which include charitable activities and community exercise has touched lives of people directly or indirectly through his ingenuity and people-oriented programmes. 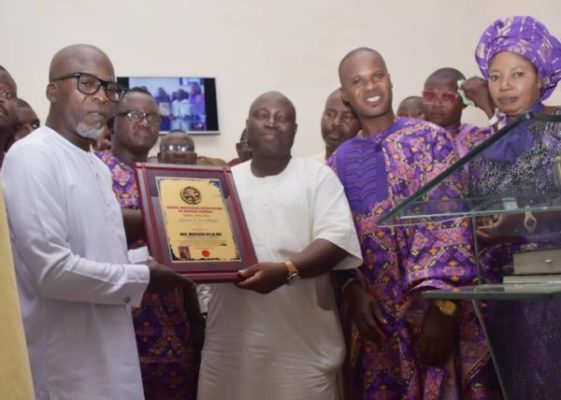 Oluleye, while presenting the award to the awardee said that the activities of Bello is a cogent fact that he has the heart of the people in Ejigbo as lots of initiative and developmental projects have been conducted.

Buttressing the statement of Oluleye, GOMAN Chairman, Lagos Chapter, Evangelist Philip Olayiwola, disclosed that the activities of the recipient has brought peace to the Local Council through the laudable projects within a short period of time.

Olayiwola, however, hinted that it is highly expected that Bello shouldn’t relent in his good deeds. He uttered that no matter the successes realised in the council, there are still room for improvements which he disclosed would be enjoyed by the people of the community.

He also noted the importance of unity between the council and the residents of the area uttering that everyone should support and join hands with Bello so he couls continue his good works.

Responding, Bello commended Ansar-ur-deen Society of Nigeria and GOMAN for finding him worthy to be honoured. He stated that he will continue to give his very best to humanity and promised never to disappoint the electorate.