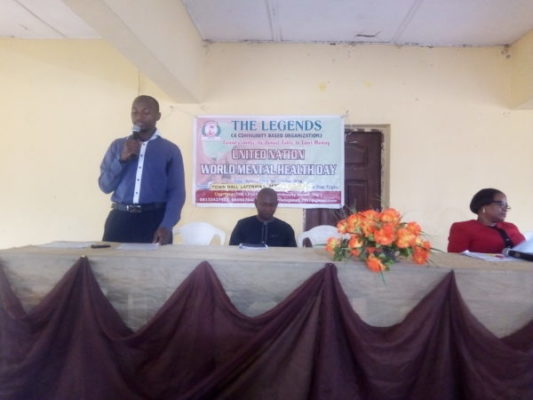 A community based Non-Government Organization, The Legends, has created awareness on proper mental health amongst youths in Ejigbo in commemoration of 2018 World Mental Day event.
The group, via a staged seminar held at the Ejigbo Community Hall, Lafenwa, diffused to over 142 students gathered at the event the importance of abstaining from acts considered to be hazardous to the brain which include drug abuse.
The guest speaker, Dr. Mrs Akinola, a consultant at Yaba Psychiatric Hospital highlighted the negatives of drug abuse as a common factor which contributes to mental imbalance or malfunctioning.
Akinola stated that the future of individuals indulging in drug abuse and the nation at large is at the point of collapsing immediately there is addiction. She however advised the attendees to examine the choice of friends they mingle with and shun any form of idleness which is ‘ tool of the devil’, in her utterance. 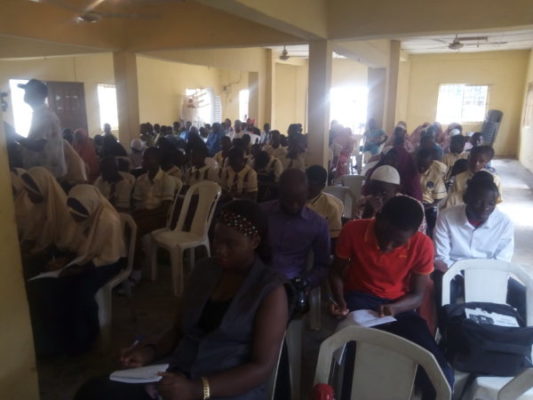 In the same vein, a representative of the National Agency for Food and Drug Administration and Control (NAFDAC) Mr. John Collins blamed the parents and guardians of today’s youths for abuses and encouraged the students to desist the various forms of harmful drugs urging them to use all learned at the event in their day to day living.
He also implored them to never boycott sensitization events of such as eye opening facts which would assist in moulding their lives morally and intellectually would be discussed.
Meanwhile, the Executive Chairman of Ejigbo LCDA, Monsuru Bello, told the students to report any harassment or inducement from anybody to the council for proper arrest.
Bello, who was represented by a top official in Education department, Ganiyu Bello, stated that the council was keen in eradicating the existence of drug abuse in the council.
He further admonished the gathering that drug abuse should be prohibited at an early age in the lives of every human as it would stick to them as they grow older.
The President of the Legends group, Sulaimon Ijaoba, thanked the audience, invited speakers for showing up at the event. He implored the audience to imbibe the spirit of truthfulness, loyalty and boldness at reporting incidents of drug abuse to authorities, parents, teachers and clerics.