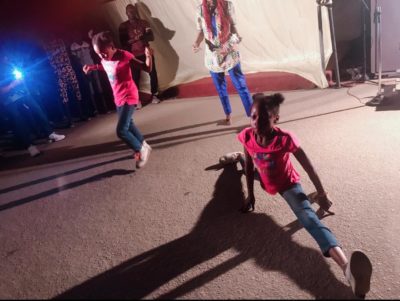 The God’s Wonders Film Production has launched a new movie titled YOU SPAT ON MY GRAVE during the weekend at Ajibulu Street, Opposite Mafoluku Health Center, Mafoluku Oshodi Lagos.

The movie was launched during the street Live Stage Drama Concept 2.0 organised to bring the talent out of the youths in the community as well as to entertain the residents.

Speaking at the event as the Chairman of the occasion, the former Lagos State House of Assembly aspirant in Oshodi-Isolo Constituency I, Hon. Banji Gbeleyi aka Skibanj appreciated the organisers of the programme for coming up with such initiative, reiterating his continuous support towards the success of the annual programme while assuring them the support for the production of the film newly launched. 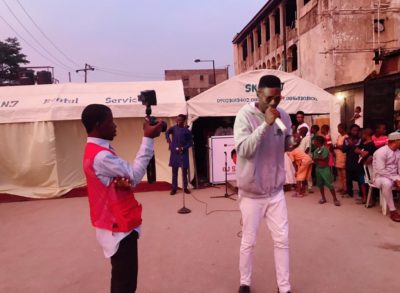 He emphasised his readiness for youths’ development in Oshodi, promising to partner with any organisation on youth programme for the progress of the upcoming ones.

He disclosed that he has planned to venture into the entertainment industry to double his programmes in sponsoring youths through sports which has been exposing them to clubs both at home and abroad to showcase their talents in order to reduce unemployment crisis in Oshodi. 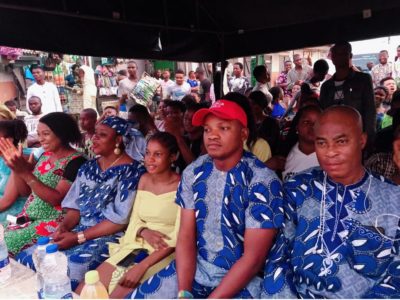 He however encouraged the youths to focus more on vocational skills such as learning Catering, Fashion Designer, Barbing, Make Up Artist, acting, etc which could make them be self-employed while still pursuing their academics “because there’s nothing like being your own boss. Going to school is good but acquiring vocational skills is a must in our community.”

He used the opportunity to unveil his plan to support five best Secondary Schools student in Oshodi with GCE and JAMB forms to reduce financial weight on their parents.