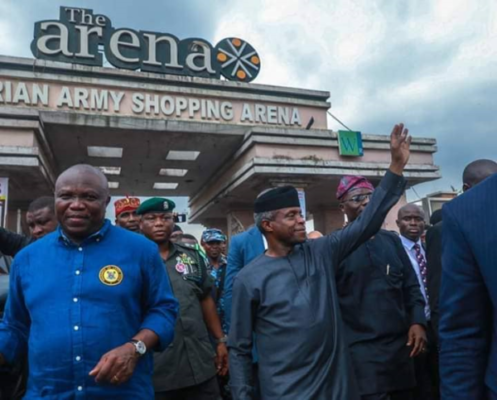 Vice President Yemi Osinbajo, who was received at Oshodi Local Government secretariat by the council Chairman Hon. Bolaji Muse Ariyoh, accompanied by the Lagos State Governor, Akinwunmi Ambode and other government dignitaries, proceeded to Arena market to address the traders on the scheme. 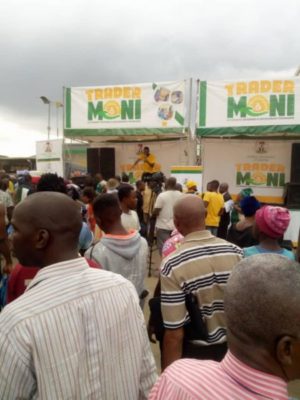 At the market, Osinbajo stated that the GEEP TraderMoni loan scheme was initiated by the President Mohammed Buhari (PMB) led administration as one of the social intervention programmes (SIP) which target market women, traders, artisan and enterprising youths.

He also stated that the policy is designed to support small medium sized business with loan range between N10,000 and N100,000 for owners of micro enterprises which attracts a five per cent one time administration charge repayable within the period of six months with two weeks grace period.

The TraderMoni loan scheme promised to ensure support of cash, advise or even registration to all small and medium enterprises.

Responding, the petty market traders, who were full of praise to the federal government. promised to abide by the rules of the scheme in order to get higher benefits from the scheme.