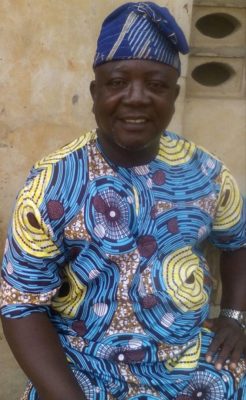 The newly elected Chairman for Aigbaka Ward, Ejigbo, Mr. Sunday Olawumi, has given tribute to the Lagos State Commissioner for Information and Strategy, Hon. Kehinde Bamigbetan who, according to him, has been influential towards his success at the ward chairmanship election as well as his political career hitherto.

Olawumi, in a chat with Echonews, stated that his journey prior to being pronounced as the ward chairman and after its accomplishment was hugely aided by the commissioner, adding that the latter has been a pillar not only in politics in Ejigbo but also as regards entir development of the community.

“I give kudos to our man, Hon. Kehinde Bamigbetan, for his efforts in this concluded election which gave me the chance to become the chairman of Aigbaka Ward,” Olawumi stated.

“Having been in politics for the past thirty years, his time as a commissioner in Lagos State has proven to be my time of having a go and becoming chairman in this ward.

“One would have thought that having bagged his seat as a Special Adviser to the Governor, he would leave Ejigbo to focus on his political journey for more triumphs. But reverse has been the case. He also stayed with us after becoming a commissioner. He has shown that he loves Ejigbo with his heart and wants more improvement in the council.

The ward chairman described Bamigbetan as being merciful, a positive leader who is capable of taking his people to greater heights.

“He is against tribalism. He loves the people of Ejigbo and I’m sure he would not relent in his efforts in putting Ejigbo in better place for all.

“I pray for God’s guidance on him and his family. May he continue to excel in all his doings. I also pray for long life for him as he puts more efforts in taking Ejigbo to more transformation.”