Two students from Ejigbo Local Council Development Area (LCDA), Maryam Afolabi and Faatimah Salman, have emerged  the Winner and First Runner-Up in the Quiz Competition organised by the Lagos State body of the Muslim Students’ Society of Nigeria.

The competition was part of the body’s annual programme, Islamic Vacation Course, which was done virtually and followed by a large audience of more than 500 across the state.

At the grand finale of the competition, Maryam Afolabi and Faatimah Salman who both attend Learn With Ease Academy scored 90 percent and 83 percent respectively.

To emerge, they beat over 600 participants in Lagos State. 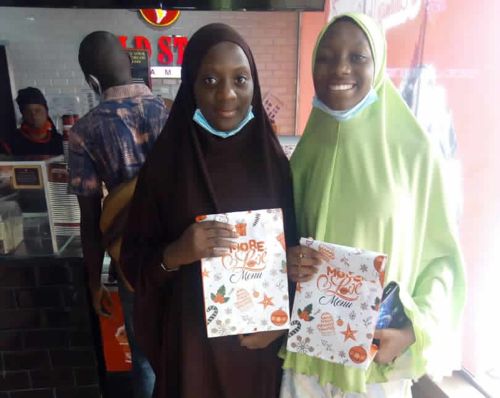 According to the organisers, the contest was held in stages as the initially accredited three hundred participants were streamlined to five students who contested for the grand finale of the much-coveted competition.

Among the five finalists were the two students from Ejigbo whose performances were remarkable and worthy of commendation.

While acknowledging the level of performance of the contestants, the President of the Muslim Students’ Society of Nigeria, Lagos State Area Unit, Mr. Miftaudeen Sanni, congratulated the winners with emphasis on the representatives of Ejigbo for their stellar performance.

He however advised the students to take their academics seriously.

Also speaking about their victory, the Head of the Muslim Students’ body in Ejigbo LCDA, Mr. Abdulfatai Akinosho, expressed his gratitude to God as he congratulated the winners for representing Ejigbo well and for positioning their school in front of academic success in the state.

He however appreciated the organisers for creating an avenue for students in the state to show “the stuff they are made of and what they are capable of doing when it comes to their studies.”

He added that it would go a long way in encouraging students to be upright in their studies.