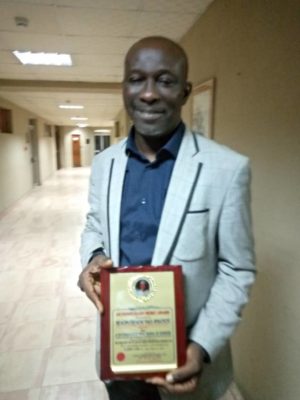 At the 16th edition of the award organised by GBA Communications Ltd, at Excellence Hotel, Ogba Ikeja on Thursday, Fregene, who was declared the Best SLG, was said to have emerged the beneficiary of the ward based on his performance keenly studied by the committee monitoring the performances of the officials of local government areas across Lagos State. 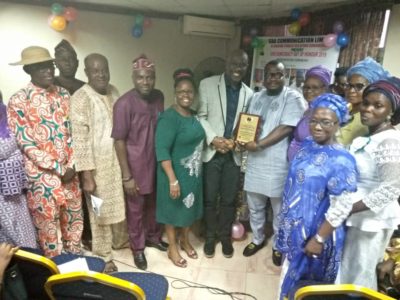 Speaking on the awards, the CEO of GBA Communications Ltd, the organiser of the awards, Omobola Ogungbile, said the awardees were not just picked randomly for the awards, saying they had been watched and studied by the committee based on their performances in their various local governments before being recommended for the awards.

He noted that though some people and organisations have bastardized awards for their own gains, the GBA awards were not based on monetary gain from the awardees but to recognise their good performances and encourage them to do more for their communities.

Responding to the award, Fregene said: “Service and awards are motivation to do more. I see this as an impetus for me to double my efforts and performance in giving back to the society that brought me up. I wouldn’t have been educated but for the free education provided Baba Jakande. Probably I would have gone back to the South South to become either roadside mechanic or something else when my mother could not afford sending me to school though I was born and bred in Lagos.

“However, with the free education introduced by the former Governor of Lagos State, Baba Lateef Jakande, I was able to be educated up to university level. So, I see whatever I do to my community as giving back to the society that nurtured me, brought me up and provided job for me and at the same time giving me the opportunity to serve.”

Fregene therefore dedicated the award to the executive chairman of Ejigbo LCDA, Hon. Monsurudeen Bello, the Ex-Commissioner for Information and Strategy, Mr. Kehinde Bamigbetan and the entire residents of Ejigbo community