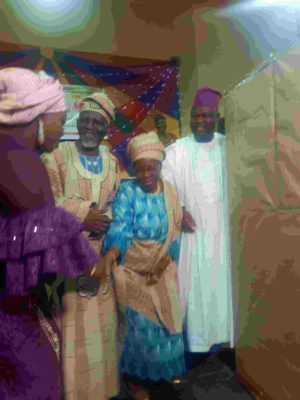 Ejigbo Local Council Development Area (LCDA) has got another feather in its cap as one of the families of the community, Deacon and Mrs. James Akinbayo Akala emerged the overall best family in Lagos.

While announcing the name as the winner at the 2018 Lagos Family Day ceremony organized by the Ministry of Youths and Social Development at the Adeyemi Bero Auditorium, Alausa Secretariat today, the over joyous Akalas stepped out with cheerful dancing steps in the company of other members of the family and well-wishers to receive their gift from the Lagos state government. 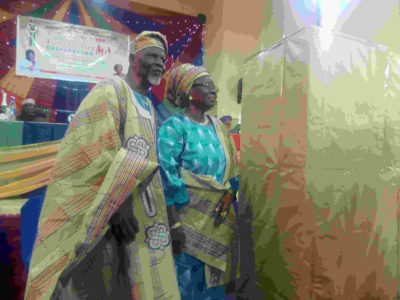 Deacon and Mrs. Akala standing by the prize

Speaking on the competition that produced the winners, the Minister of Youths and Social Development, Hon. Agboola Dabiri, said it was a great task examining various families across the 57 local governments within the state to finally come up with the winners.

He declared that though every family that participated in the competition was a winner, some only had to take the first, second and third positions, and as such all participating families were rewarded accordingly. 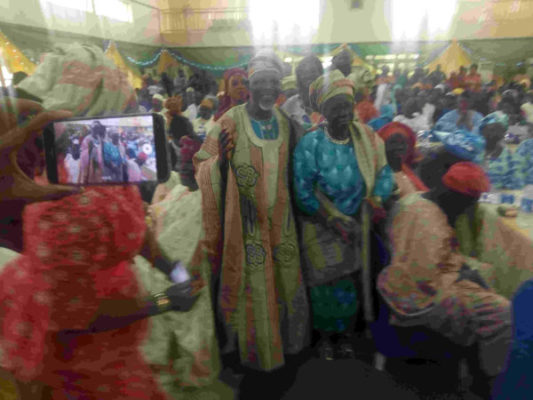 According to him, the criteria for choosing the best families included factors such as dressing, love sharing between the spouses, the projects done jointly for the family and for the community, how much do the couple know each other, their responsibilities on children and family, how long they have been in the marriage, and how they do manage child abuse among others. 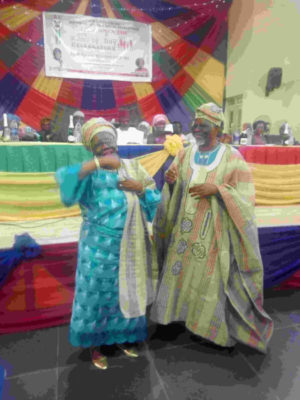 He added that it was also to create awareness to issues affecting families in order to make the institution stronger in promoting social harmony.

“The Lagos state Government is therefore committed to elevating and enhancing this institution in its effort to transform the State.”

Speaking on the importance of the Family Day, the Lagos State Governor, Mr. Akinwunmi Ambode, said the theme of this year’s celebration “Families and Inclusive Society” was apt given the need to build on the strength of the family as a unifying factor in achieving social stability and sustain development. 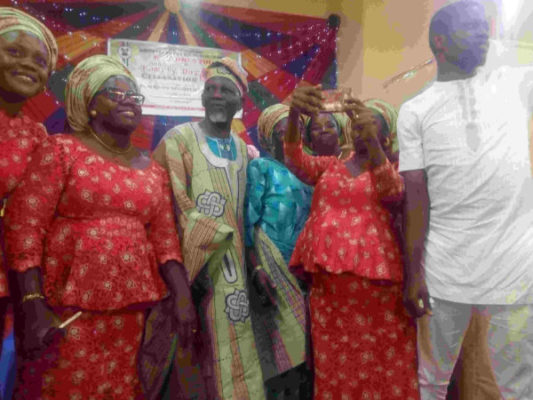 Deacon and Mrs. Akala with some family members

In his address read by the Permanent Secretary, Civil Engagement, Adeshina Odeyemi, Ambode stated, “The aim is to draw attention to the indelible mark the family institution has made towards the emotional, economic and spiritual well-being of the people. I believe strongly that if we are able to to sustain strong family institution in our state, we will be ensuring a prosperous future for all.”

The Governor, who noted that the social vices such as drug abuse, cultism and kidnappings are the results of defective family as many parents have abandoned their responsibilities in pursuit of economic activities to callous house helps, unwilling neighbours and other uncaring social institutions.

He however informed that the state government would continue to support the economic advancement of families in the State in order to maintain peace and ensure cooperation for the overall development of the State. 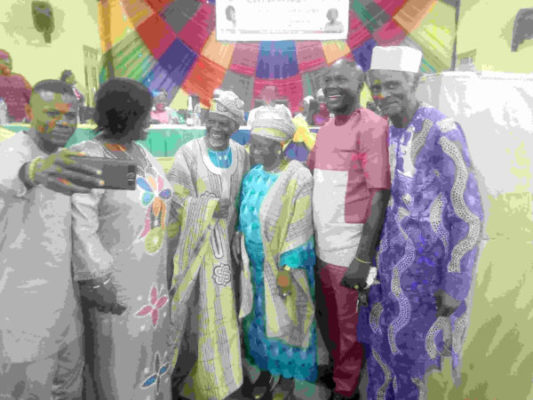 Deacon and Mrs. Akala with well-wishers

“Our family is the most important aspect of our life and nothing should be allowed to destabilize this sacred institution. Let me use this opportunity to encourage all stakeholders and the Government Agencies to increase their efforts in supporting the family units for them to excel in the task of raising “generations of champions” who will be a pride to Lagos state and Nigeria in general.”

Responding to the gesture of the government to the uplifting of the families in Lagos state and the award given to his family as the best family 2018, Deacon James Akinbayo Akala, said the Lagos state government was truly securing the future of the state through such programme where the families are encouraged to be good caretakers of the generations to come.

At the event, Chief and Mrs. Kolawole Matiwo from Ikeja LGA emerged runner up while the family of Pa and Mama Jayeola Oshodi from Mosan Okunola LCDA clinched the third position.

The family of Mr. and Mrs. J.O. Osho from Oshodi –Isolo was also given certificate of participant.

Other dignitaries present at the event included the guest lecturer, Prof. Laide Adedokun from Lagos State University (LASU), who also emphasized on proper upbringing of children and the need to support family for inclusive society; the Lagos State First Lady, Mrs. Bolanle Ambode represented by Mrs. Kemi Durosimi Etti; the representative of the Lagos State Deputy Governor, Dr. (Mrs.) Aderanti Olubule, and others.