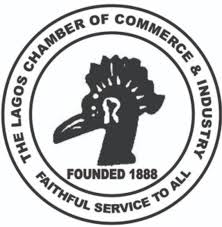 The need for Ejigbo Local Council Development Area (LCDA) to give support in mobilizing the private sector to set up a Chamber of Commerce and Industry, which would in turn support businesses in the community, is to be swiftly addressed and put in place according to the Lagos State Commissioner for Information and Strategy, Hon. Kehinde Bamigbetan.

Bamigbetan gave the advice in a forum with the community’s Business Summit Committee led by the Vice Chairman of the council, Dr. Olatunde Olusunmade at the state’s Secretariat, noting that the sponsoring of the Chamber of Commerce by Ejigbo LCDA would go a long way in aiding the day to day business activities in Ejigbo which would serve as a positive boost in the community.

The Commissioner stated that the dividends of such act would also cut across providing an institutional forum for engagement and interaction on matters of common and important interest such as job creation, growth in business and security between the private and public sector.

Bamigbetan, an erstwhile chairman of the council, took time to commend the efforts of the incumbent chairman of Ejigbo LCDA, Hon. Monsuru Bello, urging him to continue the ongoing efforts as regards business-friendly policies by investing in highly important matters in the community which include security, jobs and vibrant business environment.

Making a flashback to his tenure as the Executive Chairman of Ejigbo LCDA between 2008 and 2014, he recalled that while the challenges of his administration were to establish access of traffic in and out of the LCDA and support start-up businesses, the current administration needs to consolidate on the position of Ejigbo as a business haven by partnering with the private sector.

Bamigbetan expressed his optimism that the benefits of the projects of the Lagos State Government in Oshodi-Isolo Constituency such as the 10-lane Airport Road and the Oshodi Interchange would reach the residents of Ejigbo.

On behalf of his visiting team, the Vice Chairman of Ejigbo LCDA, Dr. Olusunmade, who doubles as the Council’s Chairman committee for Business Summit, showed appreciation to the commissioner for receiving the committee at short notice.

Olusunmade disclosed that the Summit has received the blessing of Captains of Industry and academics including Professor Pat Utomi.

He concluded by acknowledging that the co-operation of the Lagos State Chamber of Commerce and Industry and corporate citizens in Ejigbo such as Grooming, a credit company would develop the economy of the community.