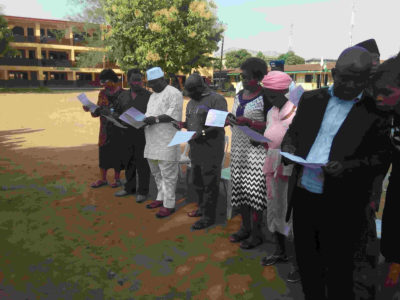 Bello and other stakeholders at the 2018 U.N World Day Against Child Labour organized by The Legends

Ejigbo Local Council Authority and a Community Based Organization (CBO), The Legends as well as the stakeholders in educational sector have taken a giant move toward eradication of child labour in Ejigbo community.

Deliberating during the 2018 U.N World Day Against Child Labour organized by The Legends which was held at Primary School complex 1-7, Alaba Ejigbo, the three bodies concluded on the legal and social measures to be taken.

Having noticed that more children of school age are subjected to various labour by their parents such as hawking, begging, and slavery, the Ejigbo LCDA Chairman, Hon. Monsurudeen Bello, has disclosed the plan to sponsor a bill at the local level that prohibits child labour. 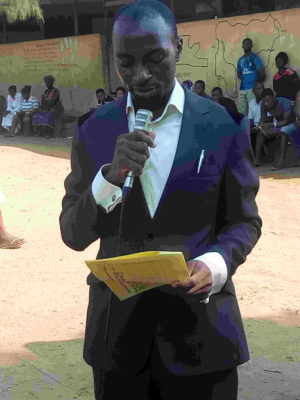 Bello stated that the government would sit with the parents to identify the challenges that make them subject their children into hard labours so that they could find solutions to them before the law takes its place.

According to him, he understood that poverty is one of the reasons hence, the government would provide free meal and free education for the children to ease the parents.

“At least if the government is giving the pupils uniforms, free education, free meal, the parents need not subject the children to hard labour again. If any parent is caught after this, such a parent will face the wrath of the law. 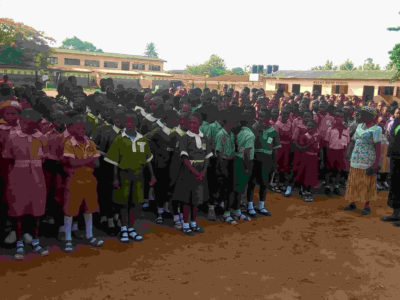 Cross section of the students at the 2018 U.N World Day Against Child Labour organized by The Legends

“I am going to initiate a Bill and present it to the legislative arm. The Bill would prohibit the act of children’s engagement in business activities in the open market, the children even above 18 years.

“And if any child is found on the street during the school hours, the parents of such child would be in for it.”

Earlier in his speech, the President of The Legends, Sulaimon Ijaoba said severe punishment should be melted on any parent who subject children to labour.

This he suggested after defining child labour as work carried out to the detriment and endangerment of child in violation of international law and national legislation.

According to the International Labour Organization, in Nigeria, the number of working children under the age of 14 is estimated at about 15 million. These jobs include street vending, begging, car wash, shoe shining, others work as apprentice mechanics, hairdressing, and bus conductor during school hours while a large number work as domestic servants and farm hands. 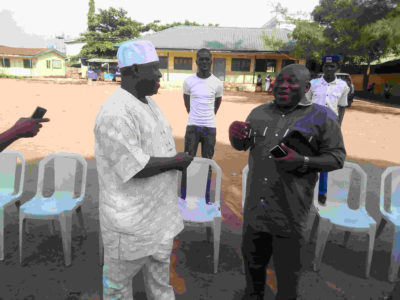 Ijaoba said several children have become victims of child labour as they have been exposed to unpleasant side of life. He added that many of them particularly the girls have been used for commercial sexual exploitation purpose.

He said, “We see child of school age hawking during school hours. It’s even worst when you see these children hawking late night till about 11pm so how do we expect them to perform well in the classroom.”

He therefore charged the government to provide free education at all levels, adding that the laws prohibiting child labour should be properly enforced.

He particularly urged the Ejigbo LCDA to use its authority to prevail on the market men and women to desist from harbouring the children of school age in the market at any time during the school hours.

The Legends president also sensitized the government, NGOs, CBOs, and all other stakeholders to increase awareness about the effects of child labour and put a stop to it. 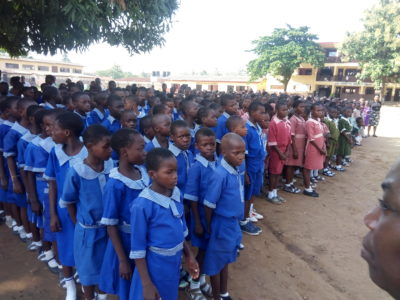 “this can be achieved through various campaigns, seminars, symposia, emphasizing the need to stop child labour in Nigeria. We can put a stop to it. The child is meant to learn, not to earn.”

He believed that the poor parents who do not allow their children to get good education by subjecting them to labour are compounding the poverty of their family and mortgaging the future of their children.

He said poverty should not be a yardstick for any parent to enslave their children and deny them their educational right.

Meanwhile, the Education Secretary,  Local Government Education Authority, Oshodi-Isolo, Mr. Femi Ogunwusi, told the children to always report their parents to their teachers if at any time they ask them to hawk or do any other hard labour.

He stated that there have been law against child labour in the country but the parents have despised the laws.

On their own part, Ogunwusi said that the education Authority have been arraigning the parents on such offences in Oshodi. He therefore urged the local government to hasten its action on the promulgated and thorough enforcement of the law.

The Head Teacher of Oba Moruf Primary School, Mrs. Nwaguru Ugonwanyi Ann, who noticed that the effects of child labour are negative on academic and social life of the children, said the schools have also been trying to sensitize the parents on the issue.

She promised that the school would intensify effort to enlighten the parents more through their various meetings with the parent just as she appealed to the government to intervene as soon as possible.