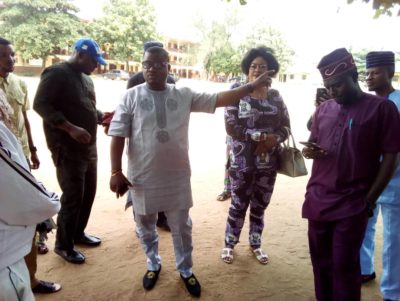 Based on the challenges facing the primary schools across Ejigbo council area, the legislative arm of Ejigbo Local Council Development Area (LCDA) led by its leader, Hon. Lanre Akinbowale, has promised to facilitate upgrading of the public primary schools within the local council area to create conducive learning environment that would help the children at their formative age have a proper academic foundation.

The council leader pledged to table their recommendations on the schools before the executive chairman for implementation during the legislative oversight tour of public primary schools over the weekend. 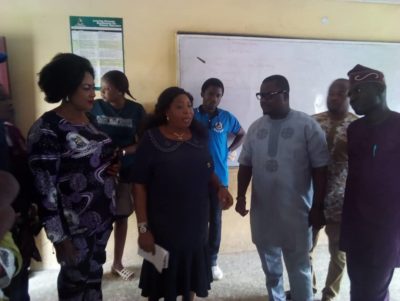 The major challenges noticed from all the seven schools visited include roof leakages, poor waste management system, overcrowding classrooms, shortage of manpower, bad toilet and security facilities as well as lack of fence and entrance gates.

Akinbowale, who expressed displeasure over the current state of most primary schools in the community, explained that the council plans to have primary schools with standard.

He particularly decried the Imakiyo School building that has been demolished since April by the Lagos State Universal Basic Education Board (SUBEB) with a promise to erect another one but still has not been done, saying this has worsen the academic activities in the school.

He therefore promised to immediately put a letter forward to SUBEB with the approval of the council chairman to put things in order.

He added that recommendations would be made and presented to the council chairman, and that by September 2019, all things would have been put in place in the schools.