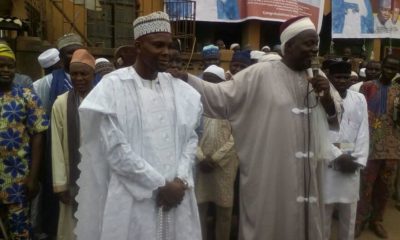 Following the demise of the most recent Chief Imam of Ejigbo, Late Sheik Moshood Akinyemi, the Muslim community in Ejigbo have kick-started a new era as a new Chief Imam, Dr Mikail Akanmu was appointed today to continue the work left over by the late Imam. 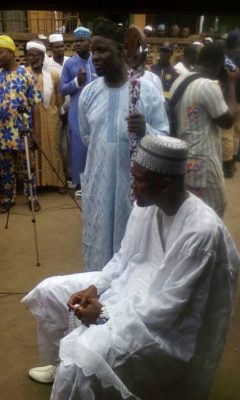 The turbaning event, held today at the Ejigbo Central Mosque, Lafenwa Ejigbo witnessed a mammoth crowd and top dignatrioes ranging from politicians, clerics, the Ojan of Ejigbo, scholars from various institutions and the DPO of Ejigbo alongside men and women of the community amongst others who all turned out to grace the occasion. 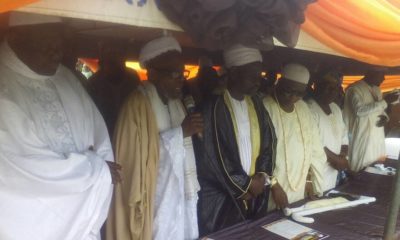 The appointment was said to be on merit given to the utterances of the Shurah Committee of  Ejigbo Central Mosque. As disclosed, prior to the turbaning, there were lots of scrutiny at different stages which was carried out under the guidance of Imams and Alfas and other concerned authorities.

In his keynote address, the Executive Chairman of Ejigbo LCDA, Honourable Monsuru Bello who was also present at the event highlighted that there was a delay in the turbaning of Dr. Mikail as the new Council’s Chief Imam and that the preparation was impromptu since the death of the pioneer Imam, Late Sheik Akinyemi happened unexpectedly, two months ago and took all Muslim faithfuls in Ejigbo to a state of overwhelming but however, Bello diffused to the community that the council would stage a befitting turbaning ceremony for the new Chief Imam.

“I must tell you all gathered here today that our father, Sheik Fadilat Sheik Akinyemi who is the pioneer Chief Imam of this community died two months ago, started Bello.

“I know that am not a cleric but it’s obvious we have committed an error, a fundermental one for that matter. We have allowed a great vacuum for some time before this turbaning ceremony of Dr. Mikail, although, there is a reason for that.

“There were processes which include bringing in the Stakeholders. We have started this journey and it’s happening today can only lead us into thanking the Almighty Allah for the success.

“After today’s turbaning, we will go home and make plans for a one year anniversary for our Chief Imam which we expect to be bigger than this. It was an impromptu arrangement”.

The council’s boss also promised that the Central Mosque would go through renovations which will create a face-lift in the coming days. Furthermore, Bello said that the Ejigbo Secretariat is ready to assist Dr. Mikail in order to facilitate his new designation for the success of the community. 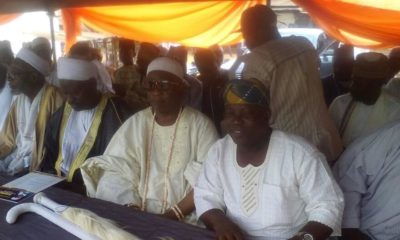 Also in attendance was the OJON of Ejigbo, Oba Adekunle Moruf Ojoola who elatedly showered prayers on the Dr. Mikail and gave his assertion on what’s next after the turbaning.

“Today is a day of joy for all the people of Ejigbo. This is a new era with regards to the seat of the Chief Imam. He deserves honour and respect. As a matter of fact, he deserves our support so as for him to do well in his new obligation.

The OJON, showering appraisal and prayers on the Chief Imam also noted that the latter should be of good conduct as the people of Ejigbo would see him as a lamp to their feet.

The Lagos State Commissioner for Home Affairs, Honourable Abdulateef Abdulhakeem who also graced the event showered prayers on the new Imam. However, be noted that the post of a Chief Imam is of high prestige and of caution.

He also stressed that with prayers by the Chief Imam and all other people of Ejigbo, the journey to an applaudable term of the Chief Imam would be realised.