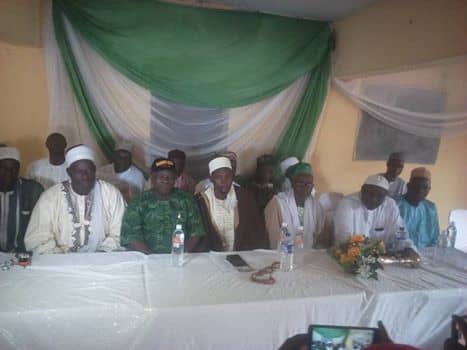 The Chief Imam of Ejigbo, Dr. Mikail Sanni, has called on his fellow Islamic counterparts to preach to the politicians to shun election malpractice during the coming elections.

The religious leader proclaimed this during an organized prayer session held at the community’s Community Hall, Lafenwa, stating that religious leaders have a role to play to ensure the elections are conducted in a free and fair manner.

During the event tagged ‘Prayer for the Nation’, Sanni disclosed that the politicians are also humans and can go astray in their acts in order to ensure victory at the polls, saying incessant counselling would make them retrace their steps.

He maintained that election should not be a do or die situation but a chance for the electorate to exercise their constitutional right.

The Guest Lecturer at the event, Sheik Muizideen Salmon, who discussed the aftermath of the election, urged those who may be winners at the elections to make the welfare of the society their priority.

Salmon stated that the residents who have performed their franchise would be expecting that the government provides basic social amenities to them, as it should be.

He therefore urged the politicians to settle their rifts amicably in order to avoid unwanted situations prior, during and after the elections.