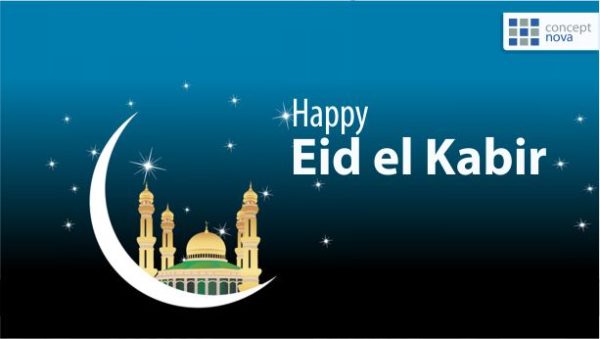 As Muslims celebrate Ileya festival (Eid-el-Kabir) World over, the publisher and the entire crew of Echonews newspaper congratulates them, wishing them happy Eid-el-Kabir, while also appreciating their numerous readers, soliciting more of their supports in terms of readership and advert placement.

In the same vein, the Lagos State Commissioner for Information and Strategy, Hon. Kehinde Bamigbetan, has sent his congratulatory message to the Muslims in Oshodi, Isolo and Ejigbo as he felicitates with them on Salah celebration.

The Commissioner in a statement said he is pleased to identify with the Muslims in his constituency and across the country as they celebrate 2018 Ileya festival.

He however enjoyed them to be of good conducts during and after the festival especially during the 2019 general elections, urging them to use the period of the festival to pray for the country and seek Allah’s protection and guidance on their leaders.

He appealed to the people of Oshodi-Isolo to make use of the two weeks extension for PVC registration to their own advantage.

Bamigbetan, who noted that there are still many PVCs yet to be collected from the office of the Independent National Electoral Commission (INEC), said the card is the only tool for the citizens to choose their own preferable leaders.