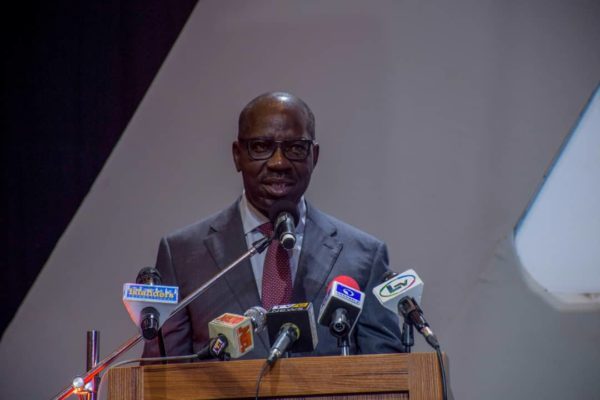 The Governor of Edo State, Godwin Obaseki, has declared that his own state would take a heed from the Lagos State National Women’s Conference annually organised by the Committee of Wives of Lagos State Officials (COWLSO), charging the Edo women to consult the committee for direction.

Obaseki, who said this at the opening ceremony of the 2018 COWLSO conference in Lagos, commended the Wife of Lagos State Governor, Mrs. Bolanle Ambode, who doubles as the COWLSO Chairman, on the fulfilled National Women’s Conference, saying the initiative is laudable which should be emulated by his own state. 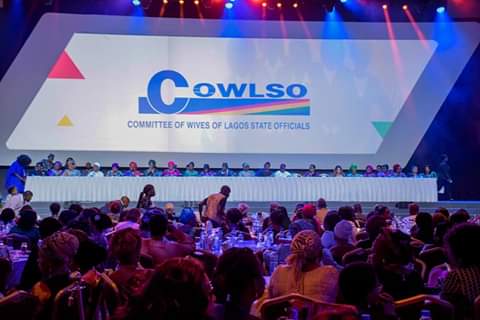 He commended COWLSO for its intervention in the health sector through donations of health equipment to hospitals as well as making significant contributions towards the wellbeing of the less privileged in the society.

The governor noted that the programme has helped in connecting the family with government, as wives of government officials have always ensured that they supported their husbands in the smooth running of government.

“This is a powerful network, it is powerful because it serves as opportunity for government to reach its people in another perspective of what is going on across the state.”

He specifically commended COWLSO for identifying and honouring Inspirational Woman of the Year as part of its programme for this year.

He said the award, given to the recipient, a seasoned and one of the Nigeria’s photographers, T. Y. Bello, would go a long way in inspiring women to be more committed to the development of the society.

The governor, who noted that Lagos State has initiated a laudable scheme in term of COWLSO conference, said that the committee served as inspiration to many states as such ideas had been replicated in many states.