The election which was supposed to officially herald the resuscitation of the Police Community Relations Committee (PCRC) Ajao Estate Police Division was on Friday disrupted by unorganised crowd who suddenly showed up to contest for posts.

ECHONEWS correspondent, who monitored the inconclusive election, reported that the process was marred by the residents and some outsiders who flooded the scene and declared their interest to contest for some posts. 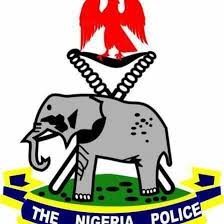 Speaking about the outcome of the activity, one of the candidates vying for the position of Public Relations Officer (PRO), Mr. Segun Olusegun expressed his satisfaction on the postponement, saying it was the best the best decision to take.

He said: “If the election had been conducted under the crowded atmosphere, it would have been chaotic as people from other communities and divisions have been mobilised here to vote. I’m okay with the postponement.”

However, one of the chairmanship candidates, Hon. Leo Ikeagwu, expressed his dissatisfaction over the outcome of the activity.

His words: “We wanted to   conduct an election but unfortunately it became difficult to organise people. The fact that this division’s PCRC hasn’t been effective for more than four years has inspired my aspiration but, to my surprise today, flocks of people trooped in all because of the election. None of the three previous meetings was as crowded as this. I intend to upgrade the division by building new office for the DPO and DCO and ensure that the community co-operates with the police in order to sustainably ensure peaceful coexistence among Ajao Estate residents. We want to stop the illegal operation of Okada riders in Ajao, its part of the reason I’m contesting.”

Having commended the state executives for reviving the division, a stakeholder in the community who pleaded anonymity blamed the problem on ineffectiveness of the dissolved executives of the division.
He established that the enabling atmosphere that wasn’t created for the usage of the resolution of the last meeting as regards electoral procedure had compounded the situation.

“Where the mistake came  from was that they do not stand with the procedures and electoral guidelines agreed upon at the last meeting whereby all members agreed that only paid-up members are eligible to vote and be voted for. We imagined the possibility of this crowd but it eventually came to play. There were people in the hall that do not understand what PCRC means, they have been mobilised all for voting sake. If PCRC Ajao Division wants to move forward, we need competent people irrespective of their tribe and painstakingly check their background especially their contribution to the growth of the community, not until then will we have qualitative representation, he said.

The election was however, postponed indefinitely by the electoral committee which announced that only financial members of the division who have paid their dues up to date would be franchised to participate in the election.