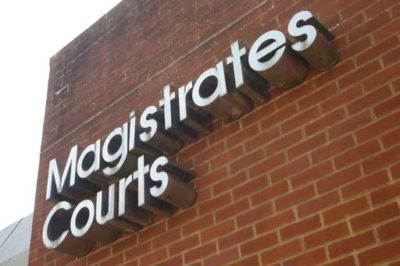 Presiding Magistrate of the Ejigbo Magistrates Court, Kayode Layeni, has pronounced that a sexagenarian, Pius Afioye, should be remanded in prison after failing to produce an accused criminal he stood for as surety at a scheduled court sitting for trial.

Afioye was standing as a surety for one Ebenezer Aina who was arrested and arraigned over a criminal case.

According to the Police Prosecutor, Inspector G. Simon, the surety could not produce the accused when he was asked to do so as investigators discovered that Aina had relocated his family out of Lagos.

Though the prosecutor did not state the crime the accused committed, he however mentioned he was initially detained at the Area M Command in Idimu, Lagos but was released from police custody when Afioye offered to stand surety for him.

Echonews learnt that the failure to provide the suspect resulted to the surety being charged for perversion of justice by failing to produce Aina as he had promised.

Inspector Simon did not oppose his bail plea and, thus, the Magistrate granted him bail in the sum of N100,000, with two sureties in like sum. He was remanded in prison custody pending when he would perfect his bail conditions.