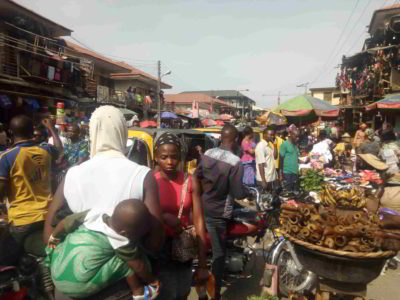 Commuters of Oshodi road have been complaining over obstruction caused on the road by the traders especially in the evening with business activities, leaving the passers-by and motors to struggle to pass through.

Echonews observed that the once free road along Post Office has again been over flooded with business activities as many people have to undergo stress to be out of the jammed road. 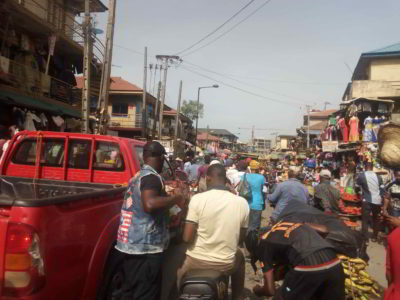 Some residents of Mafoluku, who have to go through the road on daily basis to and fro their working place lamented that the stress they encountered when returning from work in the evening on the road was not endurable.

Many of them even complained that they have to take pain relive drugs on daily basis.

A concerned resident said, “The stress is too much. They would block the road especially in the evening. On weekends, the road would have been blocked since morning. The passers-by and motors have to wrestle for space to pass through. 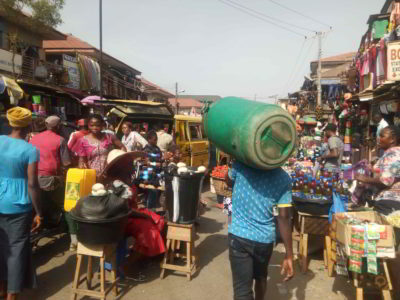 “Government just have to do something to the situation, this is not an ideal market situation.”

Another person said, “There is nothing we can do now than to endure. We have to give the government time to complete the ongoing reconstruction of the entire market. I believe with time, the situation would be normalized.”

The situation, which was said to be caused by the constructions going on in the market, has forced some traders out of their shops who have to display their wares along the roads.

According to some of the traders engaged in talk by Echonews, although the state government provided space for them at the Arena Shopping Mall, not many of them could afford the payment to secure space at the mall.

Some argued that there is no more space for them at the mall as the place is overcrowded as well.

The same situation is also observed at the part of the market, along Oshodi-Airport road, where the reconstruction of the road affected many shop owners.