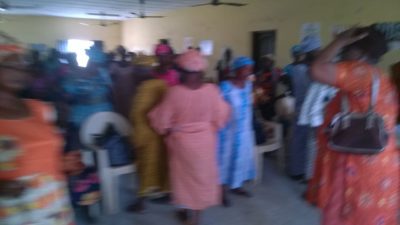 Christ Embassy, Ijedodo branch, has supported LoveGate Universal Care Foundation (LGUCF), a non–governmental organization (NGO) that caters for widows and widowers across Oshodi, Ejigbo, Isolo local governments and Lagos state ass a whole, to give scholarship to the best three students of the widows. 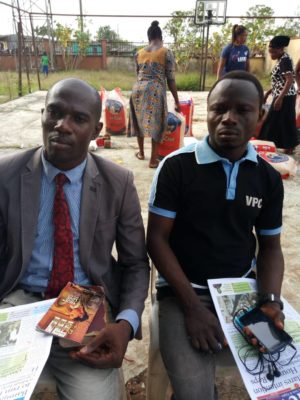 This, according to the church, is part of its own contribution to the support the organization has been giving the vulnerable widows and widowers, who, it stated, deserved more help from the public.

Speaking with Echonerws at the monthly NGO/Widows’ meeting held at Ijdodo Youth Center, Ijedodo, Lagos, where food stuffs and other supporting materials are share for the widows and widowers, the church Assistant Pastor, Bro. Herbert Chukwudi, said the church would start the scholarship scheme with bst three students, one each from primary schools, junior and senior secondary schools.

He disclosed that about 45 children have registered for the exam to be conducted by the church out of which the three best would be selected across the three education levels for the scholarship.

He added that the scheme would be extended later but the church just has to start with three students for now.

Chukwudi explained that the scholarship would cover the school fees of the winners to complete their secondary education.

Narrating how the church came to know about the NGO and its activities, Chukwudi said, “We came to know about this organization last year when we brought free medical checkup for the people of Ijedodo.  When we were rounding off the program inside the hall here, we found out that there were some widows that were meeting here. We also took time to meet and discuss with them. Then we promised to give them something at the end of last year. We gave them what we were able to give at that time.

“Some weeks back, I was discussing with the coordinator and we promised that we would come back. I told him that we have an intention to give scholarship to the best three children of the widows. We are intending to sponsor their education till they complete their secondary schools.”

Meanwhile, the NGO has beckoned to the governments at the federal, state and local levels as well as other association and wealthy individuals to support its effort in building school and health center for the widows and widowers at the grassroots.

Already, the NGO disclosed that it has acquired about nine plots of land at Ijedodo area of Lagos state, looking forward to financial support to build school and health center on the land.