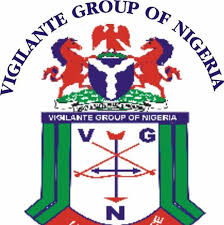 The Vigilante Group, Oshodi-Isolo chapter is waiting for the National Assembly to pass the Vigilante Bill for its officials to be well equipped for community policing.

The Bill was presented to curb the high rate of kidnapping, robbery and other nefarious activities which have taken over the communities across the nation.

Speaking with ECHONEWS, the Commander of Vigilante, Oshodi-Isolo chapter, Kolawole Salami claimed that the group’s numerous assistance have helped the police force to reduce crime rate in Oshodi, Isolo and Ejigbo communities.

“This is 15 years of voluntary service by the vigilante group, we await official inauguration of the group by the government to be recognised and be more effective in the system,” he said.

He explained that the criminals caught were immediately handed over to the nearest police station in the area for further investigations.

However, he disclosed that the group lacks financial support since its officials are not placed on salary by the government; stating that they discharge their duties and generate incomes from securing streets at night and compensations from local governments for manning some certain duty posts for them.

He also pointed out that they lack equipment especially transportation system (bus/bike) to patrol around the communities at regular intervals or to take offenders to the police station.

Meanwhile, Salami applauded the efforts of the Executive Chairman of Oshodi-Isolo Local Government Area, Hon. Bolaji Muse-Ariyoh for giving them an office at the secretariat and also for paying them for guarding most of the healthcare centres in Oshodi.