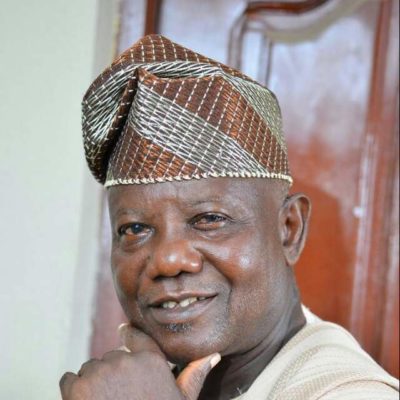 The Chairman of Community Development Council (CDC), Isolo Local Council Development Area (LCDA), Alhaji Fatai Abisiga, has expressed his disappointment and dissatisfaction over Visionscape on waste management in the entire of Isolo community, rating the company’s performance below average.

Having missed out on the monthly CDC Meeting which was held on Wednesday, July 18, 2018, at the council secretariat, in a subsequent chat with Echonews, Abisiga relayed the grievances and dissatisfaction of the community leaders and residents about Visionscape.

He stated that the company’s performances have been below par and it is on the verge of posing health threats to the residents.

He complained that the heaps of refuse on the roadside have been causing traffic congestion as they have become feeding joints for cattle that often feed on them.

Abisiga noted that Visionscape often come around though; it doesn’t reach every part of the community hence, heaps of refuse would have been compiled again at major roadsides as noticed in Okota, Ilasamaja, Ibeh Road, Ajao Estate and Ire-Akari within two days.

He however faulted the unavailability of enough trucks as the factor limiting the effectiveness of the waste company.

“Visionscape needs additional vehicles in order to serve Isolo LCDA effectively and timely. Barely within two days of their routine visitation, roadsides would have been disfashioned with refuse and this is because they don’t really do thorough waste-collection whenever they come around,” he said.

About the lack of perceivable synergy between PSP and Visionscape, he said, “There is obvious synergy between PSP and Visionscape. The former no longer enter inner-streets to collect wastes, they don’t even come, if we don’t call them, and even after calling them, we will have to wait for a week or two before they come around. Above all, they only serve those that pay them.

”On my visitation to one of the two dump sites for PSP, which is at Igando, I realized that the machineries they use are outdated, they often breakdown. As believed, transporting refuse from Isolo to Ikorodu dump site is quite a great task, a nearby dump site and provision of better machineries would help solve the PSP problems.”

However, Abisiga urged Visionscape to provide sufficient trucks for Isolo LCDA as a proactive measure to the challenge, while calling for immediate remedy to PSP’s problem of faraway dump site and outdated machines.

“Visionscape cannot serve Isolo LCDA with only two trucks; more should be made available to them. PSP can effectively compliment Visionscape if their trucks and machines are in better condition and also with the creation of nearby dump sites,” he concluded.