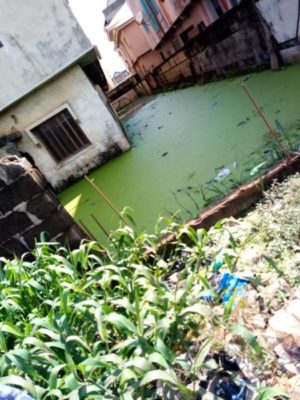 With the rainy season still much around, the residents of Canal View area, a water-logged community in the outskirt of Ago-Okota, Isolo Local Council Development Area (LCDA), have cried out for government intervention as they lamented that flood has almost left them displaced.

Owing to its extreme proximity to the canal, the texture of the land in the locality is somehow swampy.

The residents who have established themselves in the area having found habitation challenging due to finance and other environmental challenges elsewhere, have clamoured for government’s assistance in terms of drainage channels and road construction in their community. 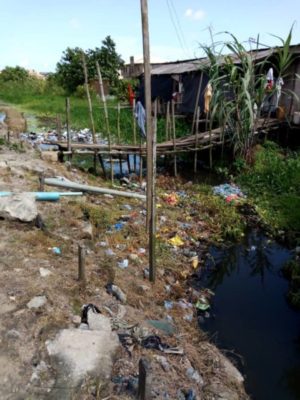 Speaking with Echonews, the Vice Chairman of Canal View Community Development Association (CDA), Rev. Obioma Ben Amaechi, explained how lack of drainage channels and accessible roads has made living a nightmare in the community, noting that some houses have been abandoned due to uncontrollable flood, leaving many landlords and tenants displaced.

According to him, the situation is getting worse since the rain started compounded with deplorable condition of major roads within the community.

“The water flows freely affecting many houses. In fact, many people have to raise their houses with planks above ground level just to avoid the water. Some compounds in the locality can be likened to swimming pool due to invasion of the water. Some houses are wrecked completely. Living in this community is terrible,” he lamented.

He informed that the CDA executive members and landlords have taken some steps and various approaches to curtail the flood as he claimed that they have not folded their arms to see the disaster unfolds in the community. 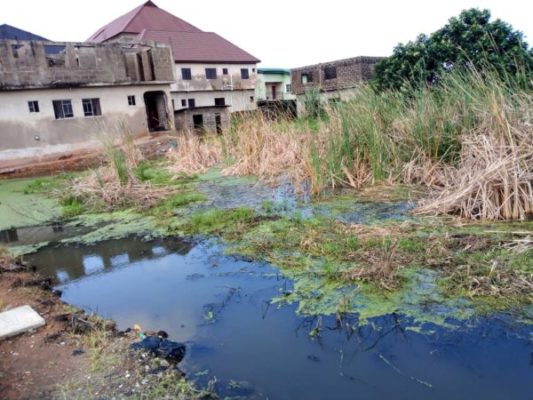 He noted that some of the landlords gave out some portions of their lands in order to carve gutter for free flow of water, which he said remains a temporal solution to the situation at hand.

He added that they have been planning to make donations in terms of money and construction instrument to grade the roads and make them fairly motorable for residents.

Pleading with the local government authority, Amaechi said, “We are law abiding citizens, as little as we earn, we pay our taxes. We want government to come to our rescue, construct the Community Road for us with sideways gutter and drainage channels. We are crying out for help.”

However, he explained that during the first tenure of the incumbent Chairman of Isolo LCDA, Hon. Shamsudeen Olaleye, some roads were graded in the community; the effort which he said gladdened the hearts of residents, stating that since his returned, development of any sort has not been in the community, unlike other communities within the LCDA.

“During Shammey’s first tenure, there was a time he graded some roads here. We were really happy about it but since his reelection, we are yet to see any developmental project in our community. We are optimistic though, he should come to help us in any little way, it will ease our challenges to some extent. We are appealing to him, to come to our rescue. Definitely, we are going to cooperate and support the government in any way.

“Take a look at it 2019 election is around the corner, I don’t know how somebody that water has taken over his building will be happy to vote.  Maybe they are convinced that Ago-Okota is occupied by non-indigenes, the land belongs to them, they should consider us and come to our rescue,” he concluded.