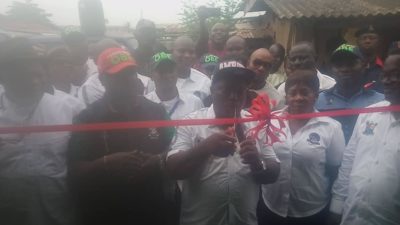 The Chairman of Ejigbo LCDA, Hon. Monsurudeen Bello has promised total and quick renovation as the local authority take over the affairs of the Ejigbo market from its former handler, the Ojan of Ejigbo, Oba Moruf Adisa Ojoola, assuring market men and women orderliness and fair administration henceforth. 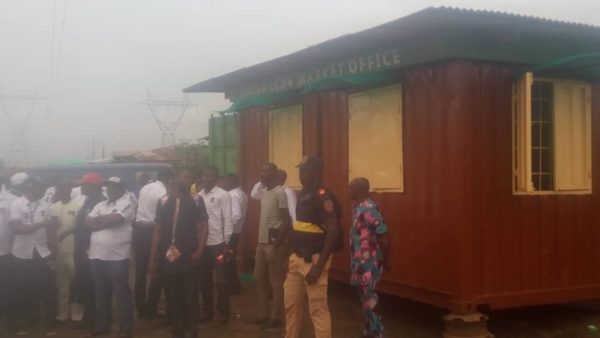 Following the mass protests by the Ejigbo youths  against the monarch’s handling of the market, the local council succeeded in erecting its revenue and tax office within the market for easy monitoring and administration of the market affairs.

Addressing people at the commissioning if the office yesterday, Bello disclosed that the motive behind the measure is to make room for easy access of payment for the market men and women as well as to ensure that the local council is closer to the happenings in the market so as to make sure it’s services get improved. 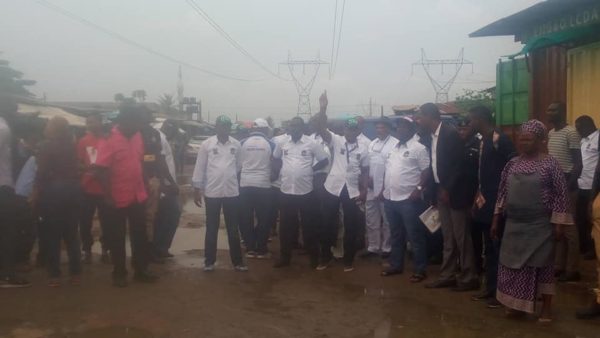 During the event, the LCDA boss made a flashback to the protest made by the residents of Ejigbo in realising the outright takeover of affairs of the market by the local government.

He told the crowd that the market would continue to be referred to as Oba Moruf Ojoola International Market, while dismissing the rumour of the plan to demolish and acquire the market from the traders.

However, Bello stated that the market and it’s responsibilities are owned by the council, disclosing that for that reason, the council is on ground to take the market to another level and on course to manage it to a standard look.

According to him, his administration has discovered that there is only one way in and out of the market which he and his Engineering team has mapped out a way to make provision for a another entrance into the market for customers who come in to patronize the traders.

With regards to market levy payment by the traders, Bello warned the market men and women not to make payment to anyone who fails to put on the revenue officers’ uniform.

To make room for orderliness and accountability, he advised the traders to walk into the revenue office and pay to the officers and collect their printed payslips.

The Chairman concluded by urging the traders to be obedient and careful with the market regulations, promising that they would all begin to see a face-lift within the market environment within one year.