The erstwhile Lagos State Commissioner for Information and Strategy, Mr. Kehinde Bamigbetan, gave parting shots to the new administration of Governor Babajide Sanwo-Olu on May 28, urging the deployment of more resources and efforts to engaging the people on multimedia platforms.

Reviewing his tenure at the office of Special Adviser on Communities & Communications and Ministry of Information & Strategy, Bamigbetan said the task of mobilising over 20 million Lagosians to support the government required creativity and mastery of the communications architecture. 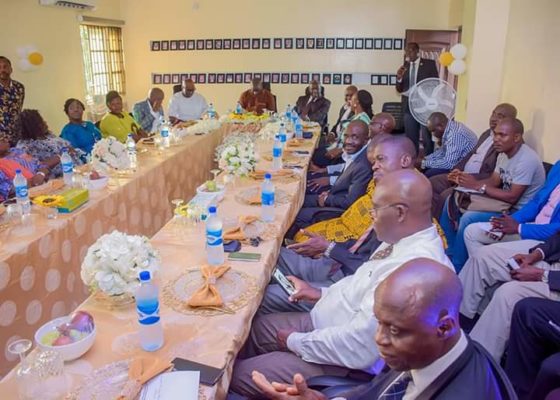 Noting that the media system has expanded phenomenally in the last decade in terms of reach and content, he said media monitoring today enables “us to know whether we are reaching our target audiences effectively.

Bamigbetan confessed that he leveraged on the experience gained from his predecessors such as Mr. Dele Alake and Opeyemi Bamidele in running the ministry.

The former commissioner, who was full of praises to God, expressed his joy for the opportunity he got to keep about 22million Lagosians informed of the government activities and keep them abreast of the happenings within the state.

He said: “A lot has been said about me, about my conduct, my attitude to work, my manner of innovation and all that but I want to tell you that I’m still a learner. As a commissioner, I tried to draw difference between maturity and influence in carrying out my job.

“I have learned a lot working in this ministry although it was not new to me because I had been understudying the ministry since 2003 under Alake. My target was how can 22 million Lagosians be informed about the activities of the government? But God gave me the opportunity to contribute to the lives of 22 million people living in Lagos. This I was able to achieve with the support of the committed staff members in the ministry.”

The former commissioner noted that though a lot had been achieved during his tenure; there are some aspects where his successor needs to improve on.

“Information management is not just anybody’s job, it is about creativity. I pray that our programmes such as Lagos Community Update and others can continue.

Bamigbetan who expressed satisfaction that APC still took the mantle of ruling, said the party is the best in term of governance in Lagos State.

He also appreciated the staff members of the ministry for their support and the befitting sendoff organised for him.

Earlier, the staffs led by the Permanent Secretary, Mr. Fola Adeyemi, had poured encomium on Bamigbetan, commending him for a job well done including the innovation he brought to the ministry.

“We put this event together to appreciate you for being privileged to work with you. Your stay here has made meaningful impact on us and the ministry. Some would come without making any impact. You have served the government in one of the most challenging agencies. You came with some innovations your successor would not but leverage on.

“You were one of the journalists who fought military government, you involved in aluta. Your stay here was fruitful. We thank God for your life; you faced the challenges and came out safely.

“We are also privileged because we had never had an expert to man the ministry of information like you,” Adeyemi said.

Others including the Director of public Entertainment, Mr. Awosika; the General Manager, Radio Lagos/Eko FM, Mrs. Ayo Sotonwa, LASRA DG, etc described Bamigbetan as a listening leader easy to work with, a grassroots politician, and friend of people.

He was also described as a workaholic who works round the clock to make sure everything is done perfectly.

The sendoff prayer was led by Mr. Abiola Fagunwa who prayed for Bamigbetan in Christian way while the Head of Planning, Ministry of information and Strategy, Mr. Baale Taiwo led the Islamic prayer.