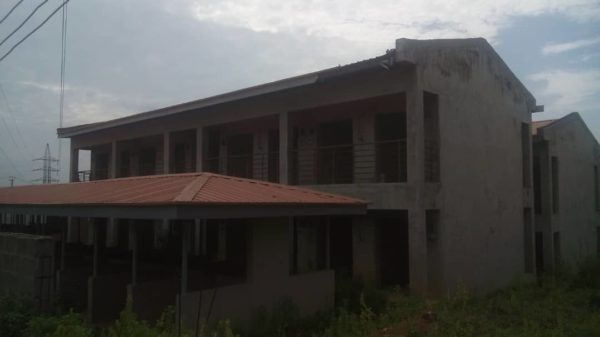 The stakeholders of Faronbi Answani Market, Isolo have expressed curiosity about the timely completion of the renovation of the market and ongoing construction of new shops, mini warehouse and stores embarked upon by Aspec Developing Company.

The Iyaloja of the Market, Alhaja Sherifat Faronbi, believed that the completion of the project would take many traders off the streets around the market and bring decency to the market as some of the street traders would be accommodated in those shops.

It was noted that major streets around the market place including the popular Toyotal Bus stop along Oshodi-Cele Express Road are always flooded by traders on every Tuesday being the market day, the situation which has been described as dangerous one.

Alhaja Faronbi said the projects would soon be ready as construction has nearly reached completion, adding that the development in the market would terminate the market tolls collected from the traders every market day, although some of the traders who spoke with ECHONEWS claimed that the Developing Company has told the market officials to desist from collecting money from them, saying the Developer asked them to be using the market space free of charge pending the time the project would be completed.

She said: “New trader and business ventures different from second hand clothes known as Okirika would be welcomed to join the marketing train at Aswani Market soon. The road side traders and marketers would also benefit from the ongoing market development and this would put a stop to the N100 market tolls collected every Tuesday which is the general market day.”

The Secretary to Iyaloja, AlhajI Nofiu Oyedele declared that upon completion, the shops would be sold to prospective shop owners who would be required to get application form from the office of the Iyaloja at the rate N5000, which is to be paid to the bank.

According to him, intended traders and purchasers are to pay to the bank and come with their payment receipts to confirm and register their payment, adding that a trader or purchaser can get five to ten shop outlets which they could also rent out, lease or let out by them to marketers who have interest.

He however said that getting a shop does not stop payment of levies such as lockup shop permit to the local government.