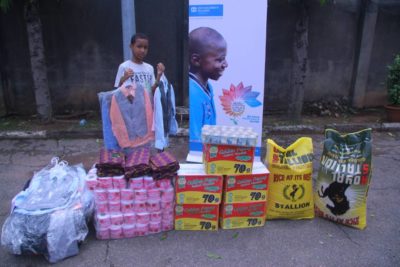 The son of Oshodi-Isolo Local Government Chairman, Muheed Muse-Ariyoh, has called on the government and other wealthy individuals to support b the less privileged ones in the society with funds and materials needed for their survival.

He made this clarion call during his visit an orphanage center, Save Our Soul popularly known as SOS village in Isolo. 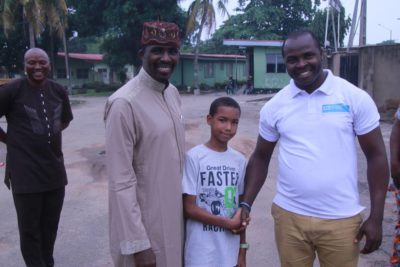 Young Ariyoh, who was accompanied by his father, Bolaji Muse Ariyoh, declared that the visit was made on order to donate some items in his own capacity to the less privileged children.

He disclosed that he was emulating his father’s philanthropic gesture as well as his leadership style of improving lives of the less privileged ones in the community.

He said, “I am so emotional about helping the young less privileged in my community. If other young ones in my position would extend helping hands, we would make the community a better place to live for everybody.”

While presenting his gift items to the officer in charge, the young philanthropist urged other able kids like him in the society to always remember to support the less privileged around them, most especially during this period of Ramadan.

The gift items included food items, clothes, toiletries and others.