Ariyoh highlights achievements after one year in office 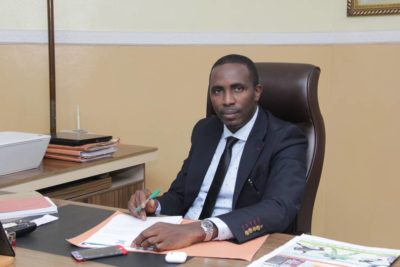 After dutiful one year in office, the Chairman of Oshod-Isolo Local Government, Hon . Bolaji Muse-Ariyoh has highlighted this many achievements cutting various sectors such as education, health and environment, politics, security, socio-economy, infrastructural development, wealth creation, sport development and others.

For instance in health sector, the local government boss said within the space of 365 days, his administration, in conjunction with Lagos State Government, has upgraded health facilities into modern one to maintain primary health centres (PHC) operations for 24 hours services.

He also boosted that the environment of Oshodi LG was adjudged the ‘most clean local government’ as a result of proactive mechanism that gave birth to operation clean up Oshodi, sanitation law enforcement, fumigation equipment to eradicate disease to ensure having a clean and healthy environment.

According to him, the bursary scheme adopted by his administration in

collaboration with private organization to assist the education of indigent students in tertiary institutions and primary school pupils in Oshodi with a free transportation for the primary school section, have greatly contributed to the development of educational sector in Oshodi-Isolo LG.

He added that to further support the sector, his administration has also given out 150 free UTME forms to students across the community with a scholarship promise to successful students.

He informed that teachers were also upgraded through seminars and trainings for both public and private schools.

Ariyoh disclosed that his administration worked towards poverty eradication to increase the standard living of Oshodi people through empowerment scheme across the seven wards of Oshodi, not neglecting the physically challenged ones.

In his pursuit to develop Oshodi city, the local council boss claimed that over 20 streets were either graded or rehabilitated.

According to him, his administration has not been lacking in infrastructural development as it has equipped vocational training institute, provided solar system to illuminate the council

and restructured the marriage registry to increase high productivity in line with the United National Development Program (UNDP).

He further declared that his administration has prioritized the safety of life and property of Oshodi people, adding that it has upgraded sports and social life of the youths to bring the best out of their talents.

Meanwhile, Ariyoh appreciated the support of the Lagos State Governor, Mr. Akinwuni Ambode, for making Oshodi a business hub, while also commending others people who have added to achievements so far as their quotas also count in the development.